Abdoulaye Seydou Sow combines commitment and diplomacy to carry out the 100,000 housing project 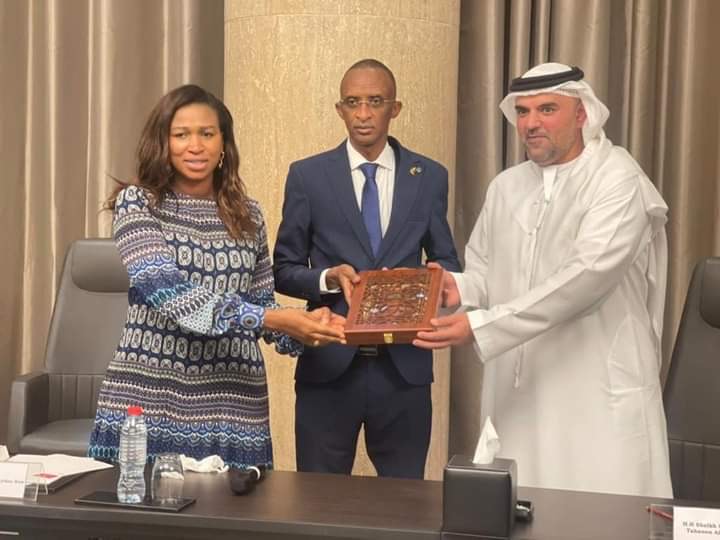 The mission to monitor 100,000 housing projects with the Emirates Gate Investment Group (EGI) led by Mr. Abdoulaye Seydou Sow, Minister of Town Planning, Housing and Public Hygiene and Ms. Victorine Ndèye, Secretary of State, in charge of Housing accompanied by a strong delegation, was held on 2 and 3 August 2021 in Abu Dhabi.
The two days of talks between the two sides, facilitated by His Excellency Ibrahima Sory Sylla, Ambassador Extraordinary and Plenipotentiary of the Republic of Senegal to His Highness Sheikh Khalifa Bin Zayed Al Nahyan, President of the United Arab Emirates, allowed the 100,000 project housing team to provide Emirates Gate Investment Group (EGI) experts with information about the project, necessary for the formulation of their bid.
With good technical and financial capacity, as well as extensive experience in the housing sector, the Emirates Gate Investment Group (EGI) has proposed a construction offer of up to 50,000 homes.
EGI undertakes, as soon as the final contract is signed between the two parties, to produce 30,000 homes during the first two years. In this perspective, an industrial unit will be studied to accelerate the production of housing.
The urban center of Daga Kholpa was selected for the development of the project proposed by the Emirates Gate Investment Group (EGI).
The Memorandum of Understanding (MOU) signed by the Government, represented by Mr. Abdoulaye Seydou Sow, Minister of Town Planning, Housing and Public Hygiene and His Highness SHEIKH SAEED BIN TAHNOON BIN SAQER AL NHAYAN, CEO of the EGI group, at the end of the work, defines the terms and conditions of the association.
However, with the aim of signing a contract for the execution of the project, the parties intend to agree on the additional commercial guarantee to that of the Social Housing Fund (FHS) offered by the project.
In addition, apart from the work and conduct of the ambassador, the Minister of Town Planning, Housing and Public Hygiene and the Secretary of State for Housing paid a courtesy visit to His Highness Cheikh Shahboot Al NAHYAN , Secretary of State for Foreign Affairs in charge of cooperation with Africa.
During the exchanges, His Highness reaffirmed the friendship between the two countries illustrated by the exemplary fraternal and personal relations between the Emir and the Excellency of the President of the Republic, Macky Sall. It is committed to continuing this beautiful cooperation already materialized by promising investments such as those made by the Emirates in the port of Dakar and Ndayane through DP World.
He also welcomed the progress made with the EGI group and pledged to provide other opportunities for collaboration under the 100,000 housing project.

In conclusion, Sa Altesa proposed the establishment of a joint working group between the two countries to explore and formulate, within a month, other associations in the field of housing.