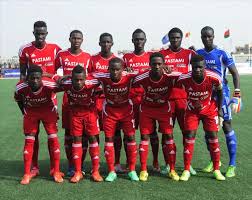 The Diambars team, the league leader of 2 with 6 points (two wins in a row), will face the Dakar University Club (DUC) that has not yet won points with the hope of continuing its winning march.

Bleaching at Ligue 2 at the end of the previous season, the Diambars team will have the means to convince their numerous supporters in case of third success in a row, facing the DUC team in search of the first points.

Diambari are formed with Guediavaie Foot Pro and EJ Fatick, third teams that won the first two matches of the League 2.

Like Ligue 1, matches in League 2 are scheduled for Thursday and Friday, due to a playoff game between Equatorial Guinea and Senegal on Saturday.