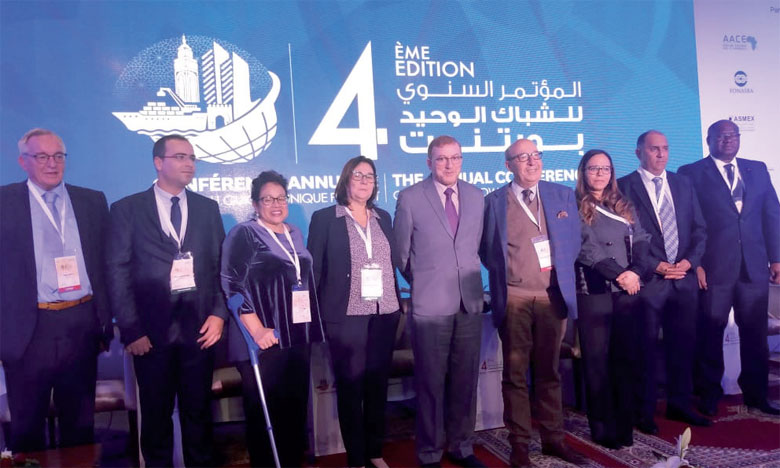 The annual conference of PortNet Single Window held more than 800 national and international participants this year.

PortNet connects forces with three Moroccan banks to develop Trade Direct. It is a dematerialized document management solution via a single-window platform. Launch of a study to implement this new platform was announced at the fourth annual Single Window PortNet Conference, held on November 12 and 13 in Casablanca, on the topic "One-stop-Shop: Communiti Intelligence Public and Private Service for Your Integrated, Efficient and Innovative supply chain ".
Framework partnership agreements were ratified between PortNet and three banks that had a trade initiative, namely Attijarivafa Bank, CIH Bank and Credit du Morocco. "This partnership is part of a common signatory effort to improve business competitiveness and improve the business climate in the country," PortNet said in a statement. The new solution will be a unique, multi-purpose, multi-user and open platform for import and export companies. This will enable users and banks and PortNet to better manage, using end-to-end dematerialization, the entire life cycle of documentary credits, letters of credit, letters of credit, letters of credit Documentary delivery, as well as certain non
documentaries.
As a reminder, the annual PortNet Single Window Conference is jointly launched by the National Port Authority (ANP) and PORTNET SA, under the auspices of the Ministry of Equipment, Transport, Logistics and Water. It is expected that the 2018 edition will bring together more than 800 domestic and foreign participants from the public and private sectors, representing more than 30 countries. Since its creation in 2011, PortNet Single Vindov has more than 33,800 users and offers dematerialized services to a community of over 39,000 users across the country. The PortNet platform aims to speed up the integration of the supply chain of the cross-border trade of Morocco. It was first implemented in the port of Casablanca in March 2011 by ANP, and since 2012 it has been extended to all commercial ports operated by ANP and other foreign trade processes.