"Plastic odyssey", a boat for raising awareness about the recycling of plastic waste 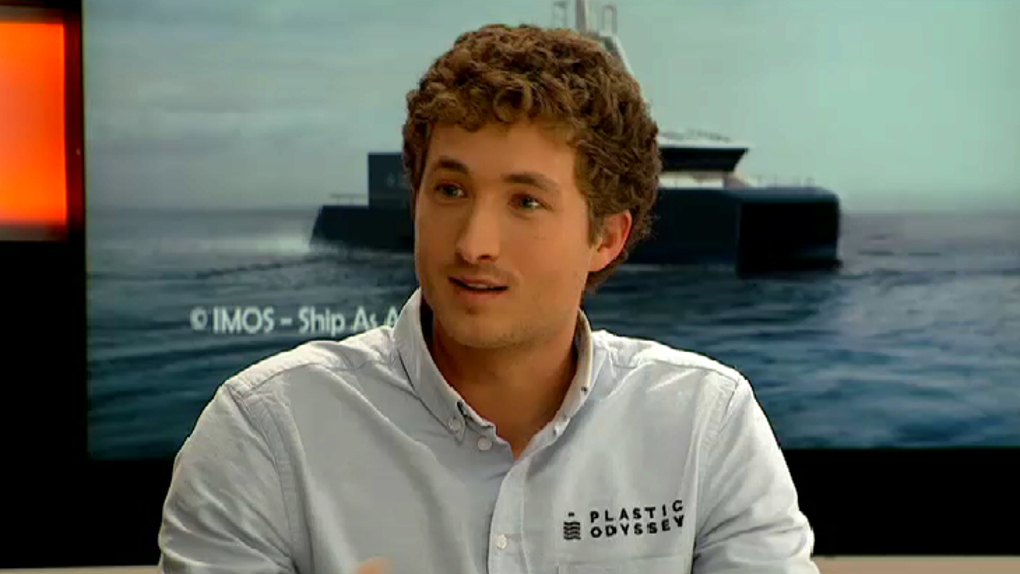 A boat deciding to use plastic as a fuel: this is the Plastic Odyssey Adventure. A prototype has been launched. A part of the crew was in Brussels to present the project on Thursday.

"This catamaran is recycling ambassador. "Simon Bernard, an engineer and initiator of the project, explains: Several teams of engineers have gathered to develop a system that is freely available Principle: Plastics is processed to get diesel and gasoline, which are part of its components, which can produce a liter of fuel.

The goal is not to clean the oceans. "Once at sea, it's too late: only 1% of the plastic waste floats on the surface, the remaining 99% of the sink or decomposes into microparticles"Again Simon Bernard explains."The faucet must be sealed at the source and recycling must be available. "" ""The idea is to offer countries most affected by pollution, developing countries, recyclable technologies that can be replicated and improved to create a small-scale network of small recycling companies. "

►Simon BERNARD, engineer and initiator of the project Plastic odyssey is guest M, editor mag
► M, editor of magic, from Tuesday to Friday, at 18:20

Jazz en Ville in Vannes: the sun had a date with music – Le Télégramme

“It is God who decides everything! Everything that happens is of his will … Price, pray! “

Messi meets with Luis Suárez to end his vacation

Google and Facebook will only accept vaccinated employees at their facilities

Goal Rest of the World: Mile Jasmine and Greg collide, W9 modifies the video of their argument and Internet users are in love