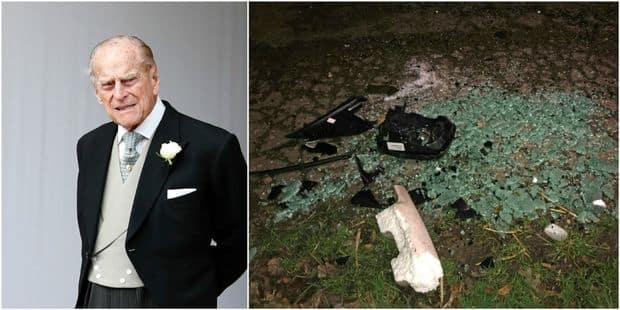 Prince Philip, the husband of Queen Elizabeth II, said he was "deeply lost" to hurt a woman in a car accident ten days ago, according to the Sunday Mirror newspaper.

The document published a copy of Felip's letter to Emma Fairweather, a passenger from Kia with whom the prince hit while driving his Land Rover. "I would like you to know how I feel according to my role in the accident … I can only imagine that I did not see the car arrive, and I am against the consequences," says the letter. signed by the prince with a pen with blue ink. The accident took place on January 17 near the Sandringham Royal Estate, where Elizabeth and Philip spend much of the winter.

The powerful Land Rover Freelander that the prince was coming out of a driveway to enter a road, hit a Kia and dumped. The prince escaped accidentally. Kia's driver had cuts on the knee, the passenger, Emma Fairweather, had a broken wrist and the baby in the back was not hurt. Fairweather complained last week to Sunday Mirror that he did not receive an apology from the prince. "I was surprised a little after the accident, but I was very relieved that no one of you had been seriously injured," Philip said in his letter, according to the newspaper. "I learned since I had a broken arm, I am deeply lost due to this injury," said Philip. The 97-year-old Prince, known for his ardent temperament and corrosive humor, retired from the public office in August 2017.