This promise kept by Macky Sall in Casamance 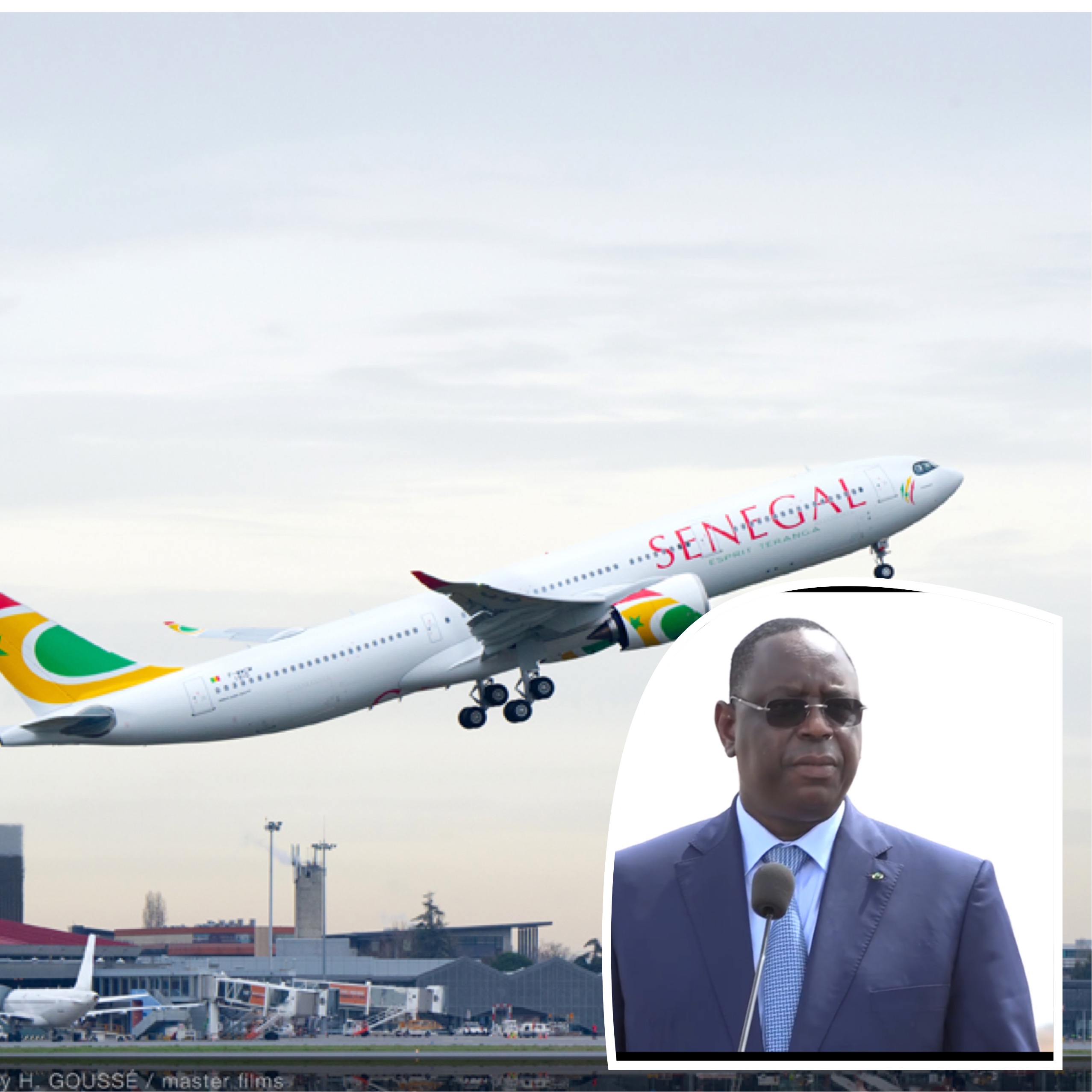 Senegal has just received its Neo Airbus A330-900. It was at 1:38 in the afternoon that the plane called Casamance landed on the asphalt at the Blaise Diagne international airport (Aibd). A few minutes later, President of the Republic, Macky Sall, at the head of a strong governmental delegation composed by its Prime Minister, Mouhammad Boun Abdallah Dionne, the president of Hcct (High Council of Territorial Communities), Ousmane Tanor Dieng , el Minister responsible for Tourism, Maïmouna Ndoye, among others, visited the Senegal Airplane "Spirit Air Téranga".

At the end of his visit, the head of the State recalled that "the reception of this device is not more than an achievement of another promise of the Emerging Senegal Plan (PSE)."

For him, this is the first time that Senegal has acquired the full ownership of a new aircraft of this size, leading the technology and innovation. Macky Sall said that naming the "Casamance" plane is a way of honoring the South. "We translate our strong desire for inclusive development centered on the development of our terroir. The beautiful Casamance offers us a reflecting mirror to reflect the image of Senegalese teranga, whose international destinations are Air Senegal."

"The acquisition of this new aircraft strengthens the fleet of our national airline. Our national pavilion is equipped to start operating its international network. In this way, we confirmed the vocation of ours. country because of its geographical location to be a hub in cross-border intercrossing routes. This vocation corresponds to an ambitious and rational vision of what Senegal should emerge. A Senegalese bold, a progressive Senegal, a Senegal who works with a modern airport that meets international standards, "he says and adds:" With regard to traffic, it makes sense to work to situate Senegal as an axis that opens us to the rest of the world. "

Therefore, taking into account the requirements of air transport, the President of the Republic emphasizes that his government has taken the necessary time to carry out the necessary studies of the best abilities to learn failed lessons and to make informed and informed decisions .

Today, the Air Malaysia company is growing and is committed to serving intercontinently, said President Macky Sall. "Air transport requires a room for maneuver that leaves little room for error and there is no space for improvisation," he says, "we took our time and picked up two planes. the latest generations that align modernity, security, efficiency and comfort, essential parameters to face the challenge of competition in air traffic, "he said.

In that same sense, the president of the Republic invited his government to work on the renovation and international certification of the Cap Skiring airport. This, while waiting for the reconstruction of the airport of Ziguinchor and the update of those of Kolda and Sedhiou.