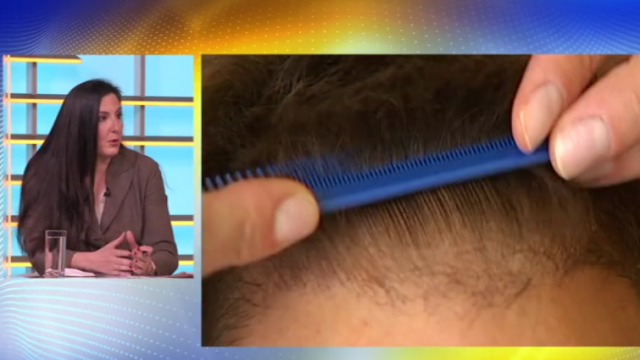 There are many consequences that occur after coronavirus. About 30 percent of hair enters a phase of decline after being pulled.

“Now there are studies that say that up to 30 percent of patients who have had a crown present with really severe hair loss, a widespread loss (from all regions of the head). It occurs abruptly three months after passing the crown. , but now occurs after four to six Postcovid in a large percentage of patients, so treatment does not end when the patient is negative on the PCR test, but there is an extended phase, “said Dragana Popovic Petrovic , specialist in plastic and reconstructive surgery, by TV Prva.

He advises patients to relax after recovery, not to be stressed and recommends a balanced Mediterranean diet.

“Those who lose their hair should not be very worried, as this type of setback is considered reversible, which means that everything will go back to the old one. It lasts a month and even about four or six months. still new, we’re still learning about the crown, so we can’t say for sure. ”

According to some studies, hair loss is more common in patients who had a moderate to severe clinical picture and had a high fever for several days. Hair loss is also noticeable in other diseases: in stressful and excessive conditions for the body, such as septic conditions, polytraumas, childbirth or even in psychological and emotional stress.

The Prva TV interlocutor specifies that the decline is typical in the category of people who had a hair problem before the crown, especially in men, those who already had a problem, so they started or did not start the treatment.