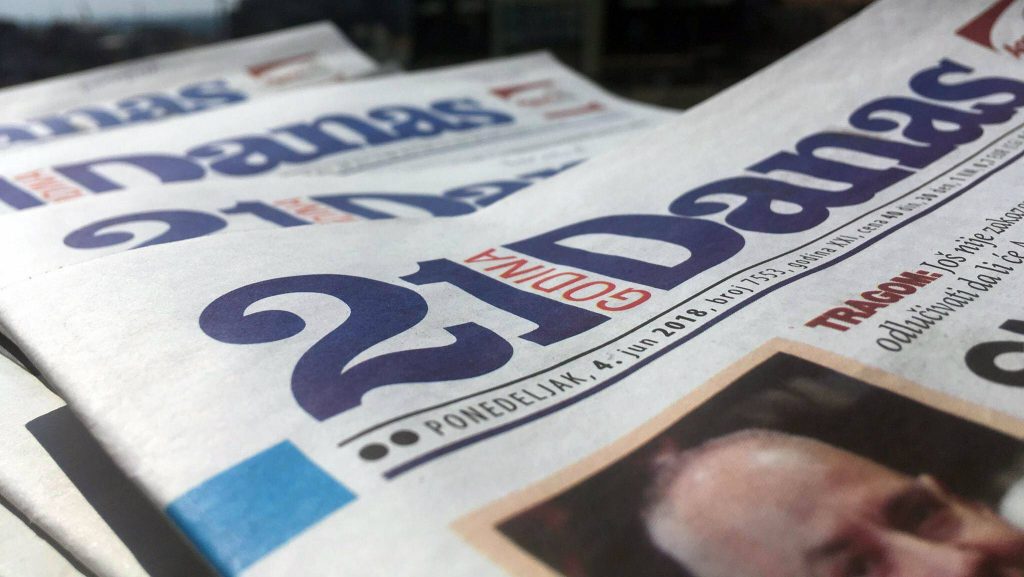 The trade unions of the trade unions of culture, arts and media "Independence" were rated as "very dangerous" attacks by representatives of the authorities in the daily Danas on the occasion of the published cartoons by Predrag Koraksovic Korak and they were regarded as "endangering the freedom of the media," saying that "attacks on the media are not characteristic democratic, but totalitarian systems ". 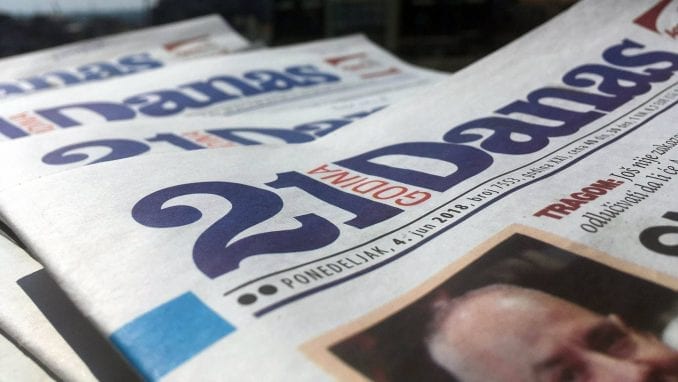 Independence said in a statement that he "strongly condemns the endangering of media freedom in Serbia and the current attacks on daily newspapers" Today "coming from government representatives" after the drawing of Predrag Koraksic Koraks, in which Hitler and Gebels hold the members of the Serbian Progressive Party (SNS) Martinovic and Vladimir Orlic and eat them with milk from bottles.

Cartoonists caused numerous reactions and attacks on newspapers from the progressive camp, and the Ministry of Culture, the Government of Vojvodina and the Mayor of Novi Sad, Milos Vucevic, the deputy mayor of Belgrade, Goran Vesic, reacted to some of the tablets near the ruling party.

On the other hand, journalists' associations, non-governmental and anti-fascist organizations, certain parties of the opposition corps condemn attacks on the newspaper "Danas".

Freedom of the media "is one of the foundations of modern European societies and its disintegration poses a serious threat to the democratic order," and "it is especially dangerous when media freedom is ruined by political actors who, above all, must respect freedom of expression and media laws" Independence "in the statement.

It is pointed out that "the control role of the media towards decision-makers is necessary for the protection of the rights of all citizens" and emphasizes this precisely because "the limits of freedom of expression in relation to politicians and bearers of public functions are much wider".

We remind that the Law on Public Information and the Media states that "elected, appointed or appointed holders of public and political office are obliged to withstand critical opinions related to the results of their work, that is, on the policy it implements in connection with the performance of its function, regardless of Does she personally feel hurt by the presentation of these opinions, "UGS" Nezavisnost "said.

The union considers it "unsuitable, but also very worrying", a statement issued by the Ministry of Culture and Information, which publicly criticized and condemned the cartoon of Predrag Koraksic Korak on Friday's front page of the newspaper Danas.

Members of the Progressives in the Serbian Parliament accused the newspaper Danas of leading a harangu against the SNS, which is "unrecognized by the time of Gebels and Adolf Hitler", and journalists called it "a shame for Serbian journalism"

Such accusations on the account of the media, according to the assessment of "Independence", "should not be political actors in any way," because "attacks on the media are not a feature of democratic, but totalitarian systems," the statement said.

Expressing full support to the newspaper "Danas", "Nezavisnost" invites other trade unions and organizations in the society to cooperate with the media that professionally operate their business, as well as to oppose attempts to suppress media freedom, which is a prerequisite for unhindered and free functioning and trade union organizations.