LIVE, VIDEO! Zvezda – Barcelona (28:31), the white-and-reds increased the level of the match and returned to the match! Lloyd on the floor 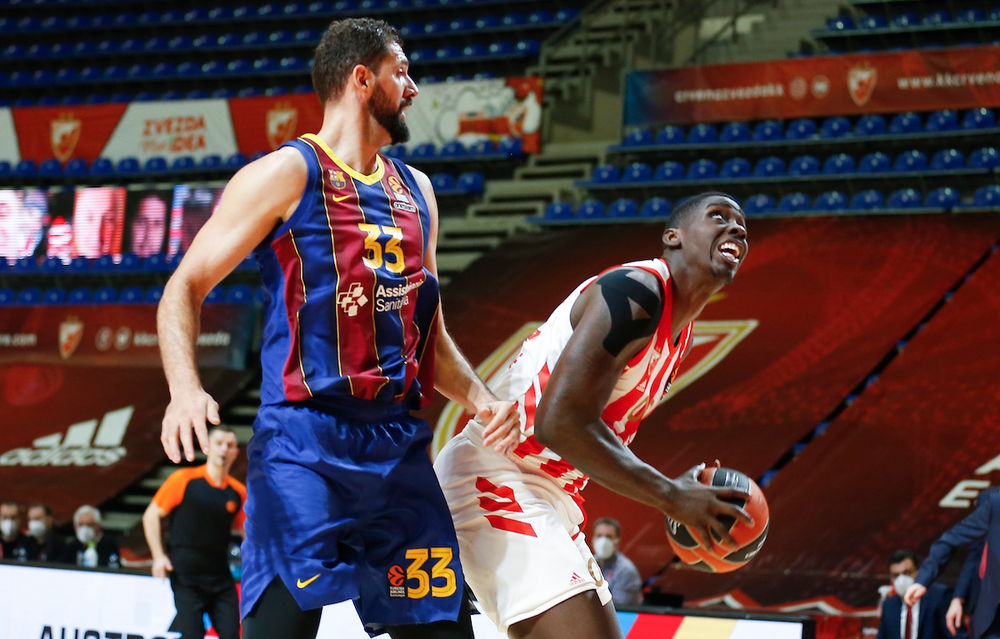 THE COURSE OF THE PARTY:

15. minutes – 17:26 – After Calates points from the penalty spot, Walden’s triple on the other side.

12 minutes – 14:21 – Kuridza from the penalty spot narrows the gap and, after the jump to Noka’s attack, Davidovac scores the first points of the match. Dead time in Barcelona.

8 minutes – 8:18 – Throws his first points in the game from the penalty spot.

Before the match started, Nikola Mirotic received a plaque of thanks from Marko Keselj for his humanitarian work.

Red Star coach Dejan Radonjic said that Barcelona is the toughest opponent possible and that their basketball players will have a demanding match.

“Barcelona is the toughest rival possible at the moment. They play very well, they have an enormous quality. It is clear that an extremely extremely physically demanding match awaits us in which we must respond with a lot of energy to the athletics that Barcelona has. They also need the maximum concentration to respond to quality matches that Barcelona has been showing all season, “Radonjić told the club’s website.

Zvezda will play against Barcelona in the 21st round of the Euroleague on Friday at 7pm in the “Aleksandar Nikolić” hall.

Red and white basketball player Dejan Davidovac stated that his team will face a great temptation.

“Barcelona is an exceptional rival, one of the candidates for the top classification, and it plays very well this season. The vision of the list and the position on the table speak for themselves. It is an extremely strong physically strong team, which has great quality, led by very experienced players and we will have to play with exceptional energy and concentration, ”said Davidovac.

The star has achieved seven victories in the Euroleague so far, while Barcelona has obtained a result of 14/6.

Barcelona beat Zvezda 78:65 in the first match of the two clubs this season in the Euroleague.

CECA, BRENA AND DRAGANA MIRKOVIĆ LOOK FOR IT BEFORE THE CONCERT! You will not believe what REQUIREMENTS our STARS have!