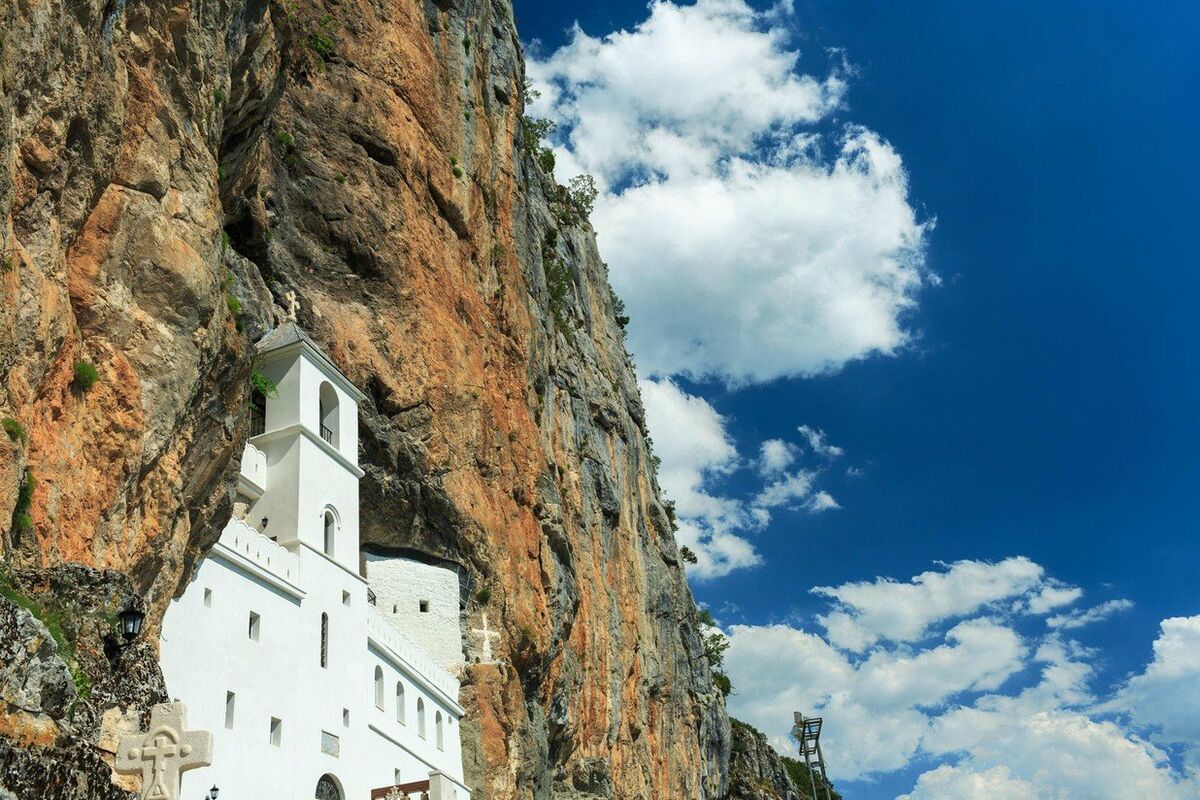 St. Basil of Ostrog is celebrated on May 12 and, from this year, this date falls on a Wednesday: fasting is mandatory.

St. Basil is one of the most respected saints in our nation, and is also known among Serbs A miracle. He was born in 1610 as Stojan Jovanovic in the village of Mrkonjići, near Trebinje.

Fearing a blood tax, his parents sent him to the lonely monastery of Zavala at the age of 12. A couple of years later he moved to the monastery of Tvrdoš (Trebinje), where he attended monastic schools. He acquired the title of archimandrite and toured the major Orthodox centers Holy Mountain and Russia. In 1638 he was ordained metropolitan in the patriarchate of Peja. He died in 1671 at Ostrog, where his relics are still preserved.

People still call him THE WALKING SAINT, because it is firmly believed that he walks through our country, helping those in need. This is shown by the many woolen socks worn by the priest in the evening, and in the morning they are worn and torn in the sacred relics of Vasilije Ostroški.

People from all over Serbia, Bosnia and Herzegovina, Montenegro and Croatia come on foot to pay homage to this great saint. Many women, each in their own way, make a vow before visiting the Ostrog monastery. Some go barefoot, others swear to be silent, the fastest … Everything has a goal: answering their prayers.

We bring you three stories about the miracles that happened in Ostrog, but if you visit this monastery yourself, we are sure you will experience and see some of the many miracles of this saint:

Our elders claim that Vasilije the Wonderworker does not forgive and that he severely punishes the infidels. If you promise something in front of his relics, don’t you dare step on it. St. Basil decides if you will be granted your wish and, as they say, if you are not enough, he will not even want to accept a gift from you.

The story of a Herzegovinian woman who boasted of the large sum she left under Ostrog circulates among the people. In her dream, the saint called her, rejecting her money, and in the morning they returned it to her; he found her in bed, under the pillow.

The following event from 1895 is also recounted. While Bosnia and Herzegovina was under Austro-Hungarian rule, people gathered in Bileća to apply for passports to Montenegro, wanting to visit Ostrog. The head of Kotor, M. Adamović, in charge of this case, rejected them with the words: “He is waiting for me in vain! I won’t give you passes to Ostrog! Why do you go there, stupid people, when there is nothing but that dry corpse that they put in the coffin and proclaimed holy! ”. Saying these derogatory words, he turned and fell down the stairs and then spent two whole months in the hospital.

There is a belief among people that the trip to Ostrog is not planned, but you go there when the Saint calls you. That is why true believers will never say, “We plan to go to Ostrog.” It is also believed that when you are destined, regardless of events, you will go to Ostrog.

There you can hear many stories about healing, the great help of St. Basil, but one story was etched in everyone’s memory:

The couple christened the baby Ostrog. The crib with the baby was placed on the wall surrounding the monastery. The crib swayed and the baby, all with the crib, fell down the Ostrog cliff. When they found the baby, the parents couldn’t believe it: the boy didn’t even have scratches.

It is firmly believed that St. Basil is guarding and guarding watching all people coming to Ostrog, so there has never been any traffic accident, although the roads to the monastery are narrow and often inaccessible.

GLORYRIA FOR HIM AND MERCY!