They support the victims, but DO YOU DEFEND Miroslav Aleksić? 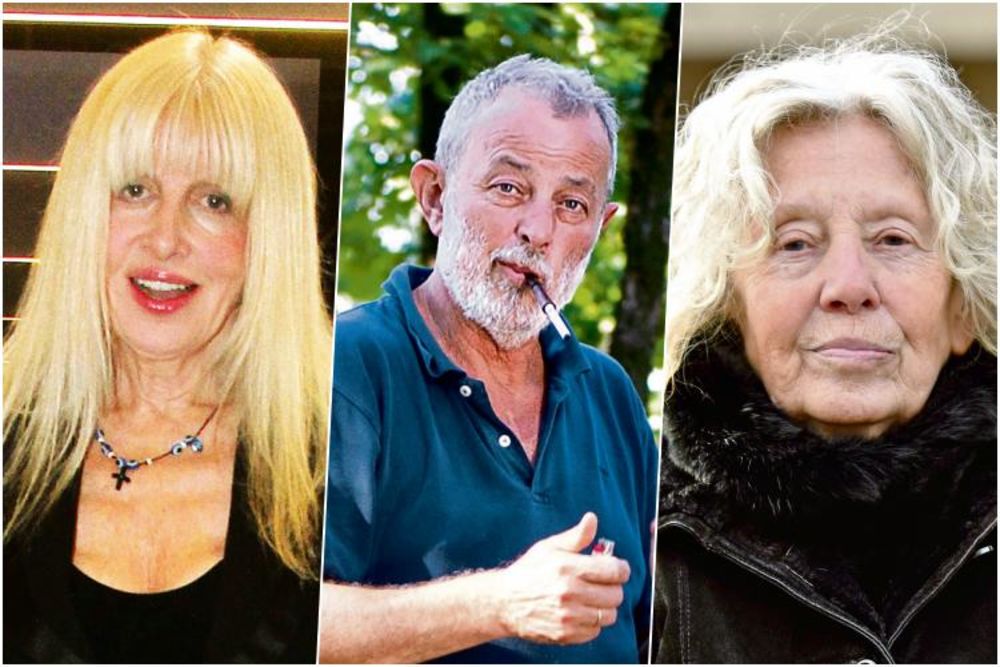 Since last Saturday, when actress Milena Radulović publicly said that the director and acting teacher, Mika Aleksić, sexually abused her and five other girls, most of her colleagues, but also the great majority of the public, raised their voices and supported the victims.

While almost everyone felt they should be on the side of the girls who, after years of silence, decided to talk about their traumas and abuse, there are also those who question their difficult stories and, in some ways, defends the suspicious Aleksić.

– He says he raped me seven times. She raped me once, so I went to report him to the police, why don’t I tell my mother, if I have no relationship with her, why don’t I tell my friend, for me It’s very strange, I give full support to these girls, but all this is strange to me – said actress and dancer Jelena Tinska as a guest on the morning TV show K1, and her attitude did not change even when the host reminded him that the subject was a 17-. one year old girl.

– Seventeen years old: girls, but not really, they may have been raped at 11, 17 and seven times, come on, please, so they say, “He slipped a banana skin and stabbed a knife and so on. successively 17 times “- surprised Tinska.

– The only thing I can say is that this kind of lynching and public classification only on one side, and that there is still no judicial decision, must be stopped – said Eva and noted that she did not experience anything similar during his career because he was tough.

The actress was not even aware that Aleksić was reported by several victims:

– Girls are scared, I think, but those who write, no. I don’t know that man, when I first read him, I was scared. But no one can suggest to the public and the people of Serbia that this man is so guilty that the court will determine. Now we can’t lynch. She has the right to defend herself as girls, and we are only witnesses, not judges.

It should be noted that the defense of the arrested Miroslav Aleksić published a photo of Milena Radulović and Miroslav Aleksić, as well as his wife Biljana Mašić, actor Ivan Zarić and several other students of Aleksić’s school. Aleksic’s lawyer says the painting was created in 2013, following the abuses Milena testified against police and prosecutors. Kurir’s interlocutors explained yesterday that the photo shows nothing, as well as that it is a shameful attempt to relativize the crime.

– Inappropriate comments only hurt the victims. The fact that someone in the picture next to this man is smiling does not mean that he did not cry or be traumatized because of him – said psychologist Aleksandra Janković, while Milena Radulović’s lawyer pointed out “that the photo does not compromises his statement “.

– In Milena’s statement, all the circumstances of her origin were explained, that is, she also testified about the event during which the photograph was taken – Tintor explained.

Safe House Coordinator Vesna Stanojević also supported the actresses and urged people not to criticize the victims. – We shouldn’t criticize him now for being able to go back to class after all and laugh. He came back like all the other students, as well as all those he harassed, who thought this was the way to build authority. I think he convinced them he was their friend. Great support to all the girls and let them all talk!

He wrote the song “Nisi sama”

Yesterday, Milena Radulović shared the song by Momčilo Bajagić Bajaga and Branko Đurić Đuro “You’re Not Alone” on her Instagram profile. – I support Milena’s gesture and every part of her courage. Of course, I am with the girls and I condemn any kind of violence. I wrote the song a year and a half ago for my friend Branko Đurić Đuro. He could not be a prophet. It was made for the Bombay Press album. Jura asked me to write a text for him and I just needed “Don’t be alone” to be the slogan of this campaign as well – says Bajaga for Kurir.

Equality Commissioner: there is no room for the relativization of crime, nor for humor and sarcasm

Equality Commissioner Brankica Jankovic told RTS that the willingness of several young women to talk about personal tragedies, after experiencing rape, sexual harassment and other illegal acts, put the whole of society in front of a great test of maturity.

– It depends on our reactions if other women will turn to someone and decide to talk – said Janković and added that our task is to create an atmosphere in which the victim of any violence is not afraid to report it, because he will trust the institutions and we want to find support and understanding there.

– This is an opportunity to change these patterns of behavior and do everything to change those things that do not work in our value system where women are not trusted, where their claims are doubted, especially when it comes to authority and power, to change patriarchal patterns.