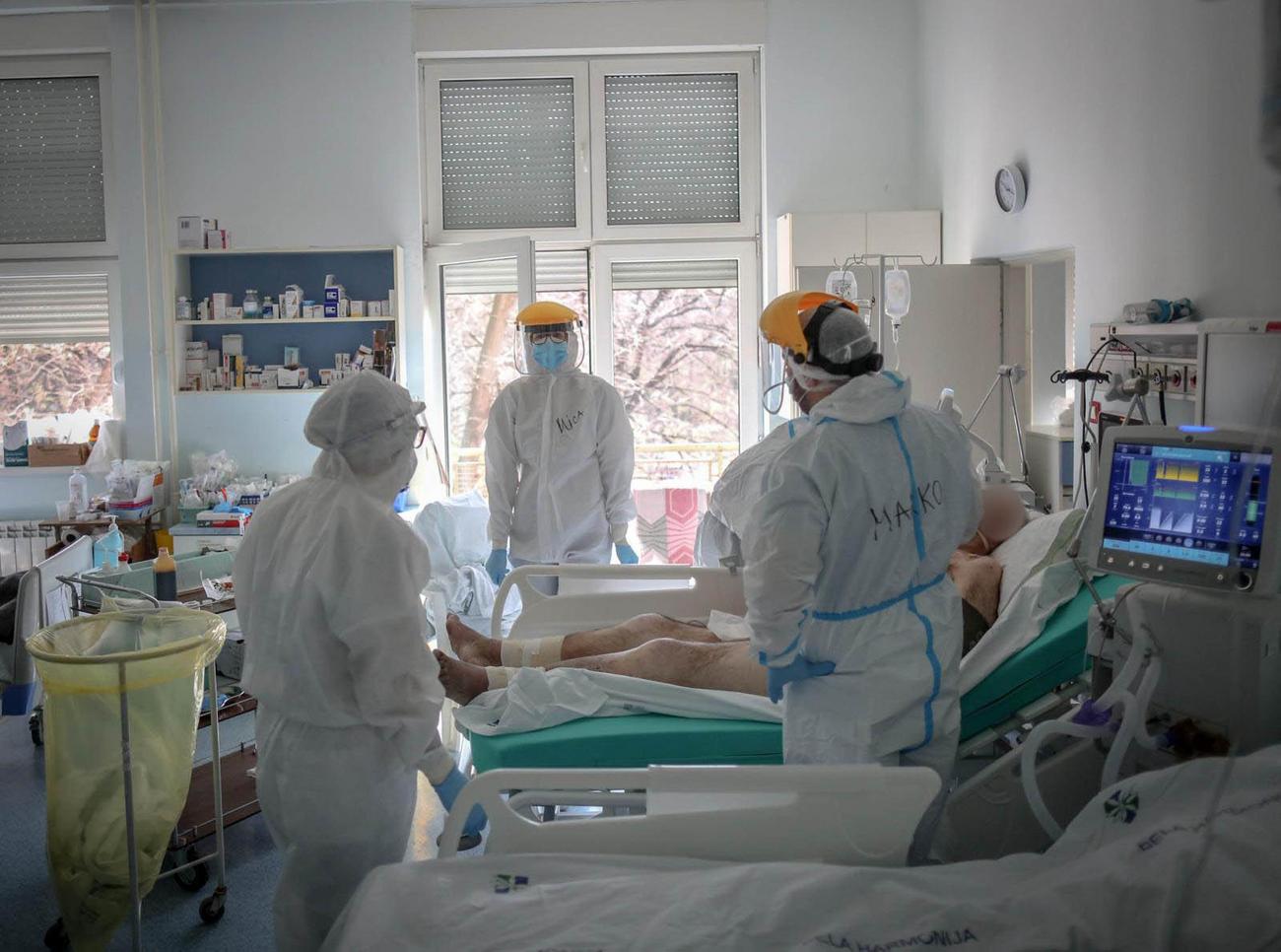 According to doctors, more than 90% of those hospitalized are unvaccinated patients and their clinical picture differs from those who end up in hospital for some reason and are vaccinated.

As clinicians explain, vaccinated people who end up in hospital are mostly elderly people who have not yet received the third dose or have an associated disease, and immunity in these patients is known to be weak, so the body develops immune response.

In addition, experts recall that a full vaccination is needed, both doses were received on time, as well as the third dose for those who have a condition for their booster dose. Certainly, a small percentage of those vaccinated end up in the hospital, because most go through a milder clinical picture that does not require hospital treatment.

Sorry for the doctor’s painful response without vaccination

Those who are not vaccinated, often as an argument, in turn claim that the vaccinated also get sick and end up in the hospital, which they use as an excuse. Colonel Dr. Ivo Udovicic, director of KBC Karaburma, explained to a patient the difference between vaccinated and unvaccinated.

– I have almost talked to a vaccinated patient and another who is not, they are a few years old. The one who was not vaccinated asked me, “I got a crown and this roommate I had next to me was vaccinated, so he also rejected the crown.” I told him you don’t see the difference, you have 10 liters of oxygen and this vaccinated person has no oxygen support and has an initial pneumonia. The vaccinated person walks, gets up, walks, eats, goes to the toilet and has no oxygen. Don’t you see, I tell him, that you can’t even go to the bathroom, you’re weak, you’re weak, you can’t even eat, drink, and wash? – Dr. Udovicic said for “Blic”.

The vaccinated patient will leave the hospital in five or seven days, and you are sure to stay longer and the question is in which direction your illness will go. This is the difference, in the clinical picture, recovery and the end result – he says.

According to doctors, vaccinated people have mild forms, some of which do not even show symptoms. People with a mild form usually present with symptoms reminiscent of a cold, then there is a stuffy nose, mild fever, or transient weakness. Unvaccinated people, on the other hand, have much more severe symptoms, so many end up in intensive care units and have a more severe form of the disease.

Without vaccination on impact

Doctors are constantly appealing to the need for vaccination to gain collective immunity, but also to prevent a new mutation in the virus. As they say, they were not vaccinated. The Corona virus, although a global problem, needs to be suppressed in its own territory and the resistance of the group strengthened.

As an epidemiologist and member of the crisis staff, prof. Dr. Branislav Tiodorović, we need 80% of the vaccination coverage to get into a quieter period.

– Right now, we have 54 percent of the vaccinated population, in order to come in next year with more peace of mind, we need 80 percent of the coverage. We can take off our masks in the spring, but in this condition, otherwise, a natural process awaits us, which is cruel and can have fatal consequences. The only solution to the epidemic is a vaccine, and if we want our lives back, we must be responsible, say “no” to vaccines, Professor Tiodorović told “Blic” a few days ago.

The Buster dose is important for everyone

As he further explained, it is important to receive the booster dose on time, which is given six months after the second dose, but also think about shortening this period to five months. On the other hand, those patients who have a weak immune response and belong to the highest risk group should receive three doses or a third dose 28 days after the second dose.

– The booster dose is the dose given six months after the second dose, but the booster dose should start a little earlier, that is, after five months. It is very important to get a booster dose on time, this is especially true for the elderly and those with weaker immunity. On the other hand, we have a third dose, for which the candidates may be those with associated diseases, who are known to have weak immunity and who may not have developed a strong immune system, so the third dose is given 28 days later the second dose. I repeat, it is very important to fully protect yourself, receive the vaccine in time, and this applies especially to the elderly population and to those with weak immunity – said Professor Tiodorović for “Blic”.

YOU HAVE 24 HOURS Vučić raises the army