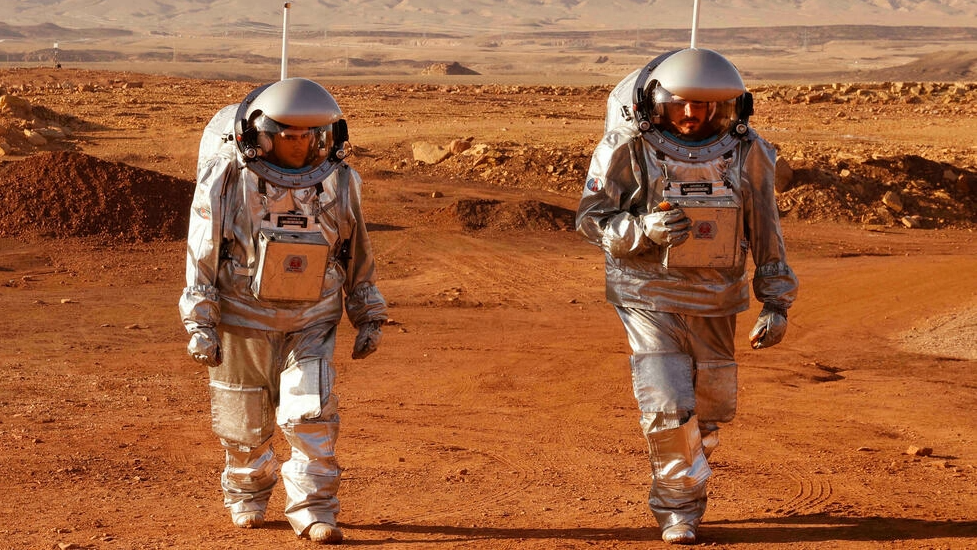 On the 10th, the Austrian Space Forum (OeWF) launched the Analog Mars Mission (AMADEE-20), a mission that simulates the challenges awaiting future manned voyages to Mars. The analogous unit is in the Negev desert in Israel, and a team of six people will remain isolated until October 31, working as if they were on the red planet.

The OeWF has established a kind of Martian base in collaboration with the Israeli space agency at Makhtesh Ramon, a crater 500 meters deep and 40 km wide. The six analog astronauts, from Austria, Germany, Israel, the Netherlands, Portugal and Spain, will live isolated in the unit for almost a month.

Want to catch up on the best tech news of the day? Sign in and subscribe to our new youtube channel, Canaltech News. A daily summary of the main news in the technological world for you.

Before embarking on this mission, all six underwent rigorous physical and psychological testing. During AMADEE-20, they will perform tests with a prototype drone without GPS, as well as automatic maps of vehicles based on wind and solar energy.

In addition, the mission aims to analyze human behavior and the effects of long periods of isolation on astronauts. “The cohesion of the group and their ability to work together are crucial to surviving on Mars,” explained Gernot Groemer, mission supervisor. It is worth noting that the OeWF is a private institution made up of aerospace specialists. So far 12 missions have been carried out, the most recent in Oman in 2018.

The AMADEE-20 mission was scheduled for 2020, but due to the pandemic had to be postponed. The forum also established partnerships with the Israeli research center D-MARS, which developed the Martian solar power base.

The Martian base is very minimalist, with only a kitchen and bunk beds for the crew. A large part of the unit is devoted to scientific experiments that will take place during this month. Outside, the Israeli desert is reminiscent of the red landscape of Mars, except for the weather. “Here we have temperatures of 25 ° C to 30 ° C, but on Mars the temperature is minus 60 ° C and the atmosphere is not suitable for breathing,” Groemer added.

NASA plans to send the first humans to Mars in 2030 for the longest journey in history. “I think the first human to walk on Mars was born and we are the builders of the spacecraft that will make this trip possible,” Groemer concludes.

Sign up for your email at Canaltech to receive daily updates with the latest in the world of technology.