Varhol in New York: Fresh experience of the old and new audiences 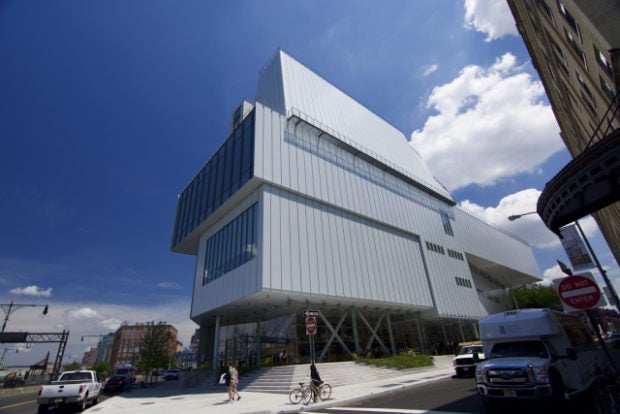 His paintings by Marilyn Monroe and cans are cultural icons, but at the opening opening on Monday, the Vhitnei Museum in New York hopes to paint a new, more complex picture of Andy Varhola.

These days, several dared to face the king of pop art: he has already been the subject of hundreds of exhibitions and retrospectives.

But under the direction of the chief curator Donna De, who worked with Warhol before her death in 1987, the contemporary museum of contemporary art is doing exactly that.

De Salvo believes that America's last retrospective Warhol – in 1989 at the New York City Museum of Contemporary Art – "changed much of our thinking about Warhol, but it also left it inadequate."

Now Vhitnei, located on the banks of the Hudson River in the city district of Meatpacking, hopes to entice both experts and journalists – "not an easy task," said Adam Adam Veinberg.

From Campbell Soup to Coca-Cola, Andrew Varhola – to use his own name – played with the icons of his time, and tirelessly documenting his life and work, until he became a brand.

Widespread three floors, "Andi Varhol – from A to B and back again" will present the career of the silver bone of the artist as a whole, from his early advertising illustrations to his abstract research.

Although the exhibition shows his love for a vivid, repetitive screening, he also presents Varhols away from a trick pony.

Even if that style was the key to his success, his films, the collaboration with unusual graffiti Jean-Michel Basquiat and his journey to the abstract – such as his epic 1978 series "Senke" – all act as proof differently.

An important part of the exhibition – which boasts over 300 works, of 100 institutions and collectors – is dedicated to video, medium Worthol used to create documentaries, experimental films and even advertisements.

He displays Warhol in a constant creative movement, hungry for an experience – and reminds visitors that behind his aesthetics is a particularly political artist.

"The themes preoccupied by Warhol – mass media, the culture of fame, entertainment and politics – these lifestyles even more directly shape life than they did during their lifetime, making his work not only more relevant to children," Veinberg said.

At the center of this, all concepts of power and representation: a reflection based on Warhol's experience in advertising during the fifties.

"Warhol is a special artist of our time and I might even be debating all the time, especially in this selfie generation, where all the stars are their photographs and films," Veinberg said.

He sees a comprehensive message as one of the "more complex and probably more powerful Warhols than was previously understood."

After the exhibition closes in New York on March 31, it will go to San Francisco in May, and then to Chicago from October 2019 to January 2020. CC