After the premiere, the people of Liptov recognized the strength of Slovan, Petruš: We had respect 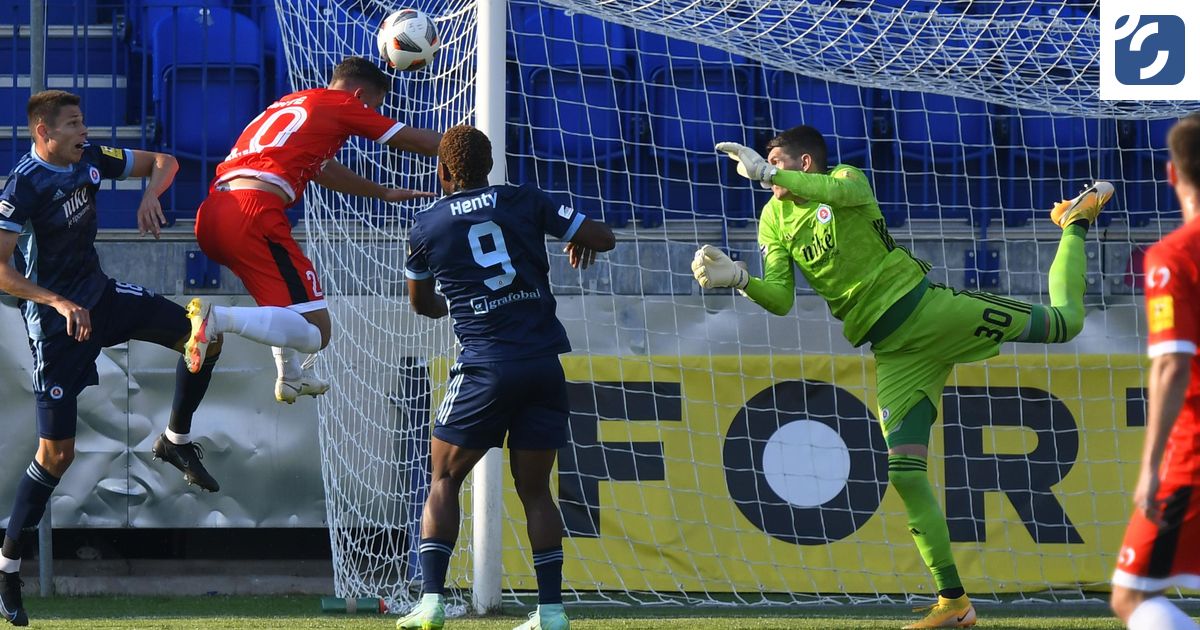 Seventy minutes of challenge were not enough for the favorite, Liptovský Mikuláš football players lost in the first historic match in the highest competition by a class difference (1: 4).

Although the matches against the Slovenian Bratislava resisted the match for more than an hour, the more experienced guests got the best conclusion and did not allow any surprises. “Several players started their first league game, so they had respect. We have a young team that is learning to play football and I think it has helped it even today.” said Lipták coach Marek Petruš.

Own goal in the league debut, that’s every nightmare of every football player. It happened to David Krčík. With 23 minutes played, David Hrnčára nearly put the visitors another one up as he broke through in the middle and fired from just outside the box, but his shot passed just over the bar.

“I’m sorry. But the boys, fortunately, managed to equalize and we resisted the favored Slav. I put the ball very well on the post, but unfortunately on a wrong goal.” stated Dávid Krčík, who along with his brother Adam was one of the seven debutants in the Lipták grassroots group.

They competed at the historic Liptovský Mikuláš premiere in the highest competition at the NTC Stadium in Poprad. Thousands of spectators created a domestic environment for them, but even a brave performance was not enough for the favored opponent.

In the end, they decided on the master’s experience. “We were a balanced opponent of Slovan for a long time, but in the end we gave him unnecessary goals. The quality of the opponent and his wide staff also decided. The Slavs deservedly won.” recognized Krčík. The Liptans did not overestimate the defeat with the champion after the match, on the contrary, they want to learn from the result 1: 4.

The newcomer to the competition thinks mainly about the rescue and wants to make a positive debut since making his league debut. “We can’t be afraid to play, but to play with confidence. Mistakes happen, that’s what football is about. We have to fight for 90 minutes and it doesn’t matter who we play. It doesn’t matter if it’s Slovenian, Zilina, Trnava or anyone else. person, you can play “ Krčík remarked.

Unlike his teammate, Patrik Pinte has hit the right goal. For the 24-year-old striker, in the 6th league match it was the first goal of the top competition and, at the same time, the first league fortune of MFK Tatran. No hesitation – and it’s 1 – 1, 68 minutes into the game. Ten minutes after Pinte’s goal, he was already leading 3: 1.

“Being the author of Liptovský Mikuláš’s first goal in the league is a nice feeling, but I’m sorry we didn’t win. We tried and I think if we scored 2: 1, it would have developed differently.” said Pinte.

On the team with several newcomers to the league, midfielder Richard Bartoš is one of the most experienced. At 29, he has played 34 games since Saturday and, along with Ivan Kotor (63 games), Tomáš Gerát (44) and Jakub Švec (51), is one of the players who should help the team get in and out. the lawn. After losing to a favorite opponent, he realized “It’s important not to derail and not lose the mood. Especially not to be afraid to play, that’s important. I think the results will come in time,” he said. pointed out Captain Bartos.