Danko to support meeting after his appeal: SNS leader recognizes crisis in coalition, without confidence to rule 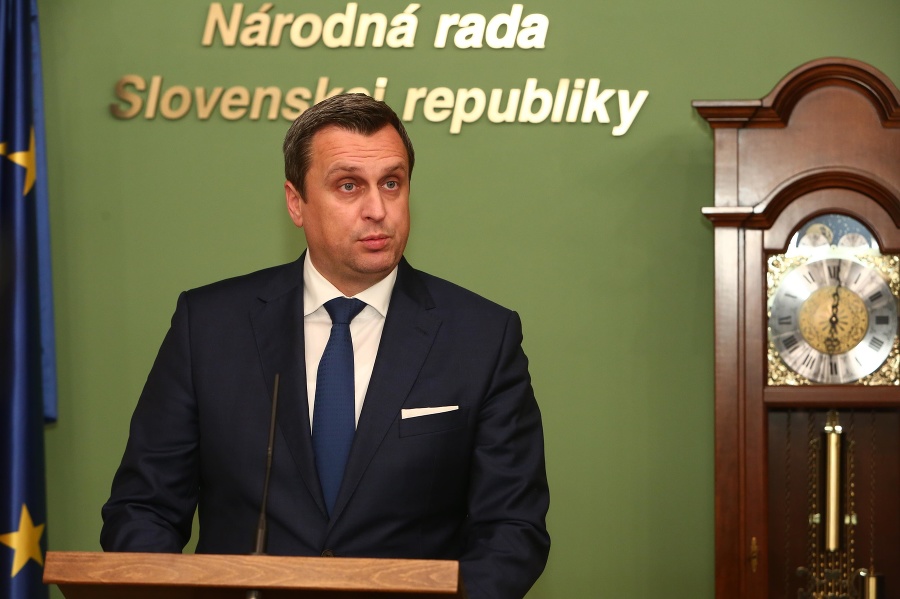 The President of the Assembly and Candidate of the CIS leader Andrej Danko obviously succeeded at the University of Banska Bystrica thanks to the work he wrote off from foreign texts. Information was brought to Dnevnik N. He was the first graduate to whom he was allowed to conceal his rigorous work. After more than a month, she declassified him by being 18 years old at the library. Even during the local elections, Danko said he was at work.

Andrej Danko has publicly announced that he will support the proposal of an extraordinary meeting on his appeal and invite his colleagues from the coalition parties. "I want to say that I honestly did my rigorous job" Danko repeated. "Trust is shaken in the coalition, so it will offer again. Without coalition trust, it is impossible to rule and work" he added. However, he refuses to withdraw from his position as president.

However, his work is probably plagiarism. JUDr. received for work that was written off from foreign texts. Upon dating, the first twenty pages are copied from the Czech publication of the Fundamentals of Administrative Science by Dusan Hendrich. Only a few locations have published a few sentences. At the same time, it fully coincides with the work of Daniel Pisak in 2001.

This continues with the analysis of the journal throughout the work, which is not even quoted. At the same time, there is a lack of work and literature that is used, which we drew attention at the end of last week. According to the expert, such work did not pass. "It is inconceivable for a work that does not contain a bibliography (or a list of used literature or a list of bibliographic references) that the commission would bring" said Dusan Katuscak, author of the book How to Write Final and Qualified Work.

"For the Smer-SD side, Andrej Danko is a legitimate president of the National Council of the Slovak Republic whose Constitution is based on free democratic elections, according to the opinion of the party sent by the head of the press department Jan Mažgut.

Most claim that Danko should make a personal decision

Fiscalization of the CIS will not respond

Andrej Danko will not comment on the topic of his hard work in the statement of the relevant commission. This was stated by his spokesman Tomas Kostelnik on Thursday. "If the President of the National Council of the Slovak Republic, Andrej Danko, reacted to any denunciation of Dennik N, he would have done nothing all day. However, the opinion of the relevant commission, which will evaluate its work, will no longer be on the subject" Kostelnik said.

Danko should be withdrawn immediately

The ORANO movement responded to the latest media coverage and called on Andrei Dank to announce today the committees about falsifying a rigorous job or returning the name JUDr. and resigned as Chair of the National Council of the SR. "In normal countries due to plagiarism, politicians have resigned, some of our examples have been seen by our neighbors in the Czech Republic" the party said in the opinion.

Also included is the Freedom and Solidarity Party and TOTAL Parti – Civil Democrats. Lucia Duriš Nicholson, Lubomir Galko and Miroslav Beblavy said that Danko should retire immediately. "We invite Andrew Dank to withdraw from public life" Nicholson said. "We believe that Andrej Danko will save us from this shame. Today, it is not only under suspicion, but with certainty" said Beblawi.

"Together, the civic democrats encourage Andrej Danka to immediately renounce his mandate and save Slovakia from further international shame." Public life disqualifies not only a clear plagiarism and violation of laws in rigorous work, but especially as it has preserved its discovery. that he deceives both the public and the parliament, but he is jeopardized by prosecution and prosecution. Such a person simply has to leave because the change of politics in Slovakia began " said Beblawy.

SaS is ready to gather signatures for the summit, where it should try again to dismiss Danko as head of parliament, unless he resigns. He was also invited to remove his title from all public documents and places at his own expense.

KDH invites Andi Danka to withdraw from his office. The non-parliamentary movement said this in an official statement delivered by Mayor Stano's spokesman. The movement responds to information from the media that the rigorous work of the president of parliament is plagiarism. "Retreat – only one word should be enough to come closer to the rigorous work of Mr. Andrew Dunk. Recognizing that education has helped to create our civilization, recognizing education as a key word for the challenges of the 21st century, Andrej Danko must give up the second highest position in Slovakia " KDH states in its opinion. Movement is also linked to the challenges of several opposition parties to which Danko should withdraw from office.

Danko has nothing to do with politics

According to Boris Kollar from the Opposition Movement. We are a family, it is obvious that the fraud is part of the private Danko, which is an example of the case about his rigorous work. "For this reason, according to the Family Movement, such a person has nothing to do with politics" Kollar said. The president of the non-parliamentary Progressive Slovakia, Ivan Štefunko, reminded that Hungary, Spain, Germany and the Czech Republic were the countries in which the ministers and the president resigned only in the doubt that it is plagiarism. "As the president of parliament, the second highest position, there can not be a person who also has serious suspicion to copy his hard work" He cited it.

You should also examine the university

According to the SaS, UMB should also be tested, where Andrej Danko won the JUDr. for rigorous copied work. "We invite the UMB Directorate to stop biting under these circumstances and to announce opponents of Danko's rigorous work" Nicholson said. In early November, the opposition tried to remove Dunko, but the coalition held it and approved an extraordinary meeting, so the appeal was not finally made. Politicians and people in the hall were embarrassed by shame. After an unsuccessful appeal, Danko had a press release stating that the work would be publicly available in the library.

The UMB later announced the establishment of an ad hoc commission to investigate suspicion of plagiarism for rigorous university work, and at the same time urges the academic community in Slovakia to support initiatives aimed at systemically addressing this issue. The formation of the commission was approved by the Senate with 21 votes and should deal with the rigorous work of the president of the Slovak National Party (SNS) and Parliament Andrej Danka.

By the end of September there was information that the speaker of parliament had recalled that he had become a lawyer. In biography, Danko reports only at Comenius University, where he completed his master's degree. Later, it became clear that JUDr. received at UMB. He declined to publish his final work. Andrej Danka allowed the secretary of the Faculty of Law at the UMB Michal Turošik to hide his hard work in front of the audience, who on September 21 signed a licensing agreement. This was also the case on the day Dan received a written request for his confidentiality. UMB rector Vladimir Hliadlovski says he learned about these two documents by September 26th.