MŠK Žilina – Apollon Limassol: online broadcast from the second preliminary round of the European Conference League 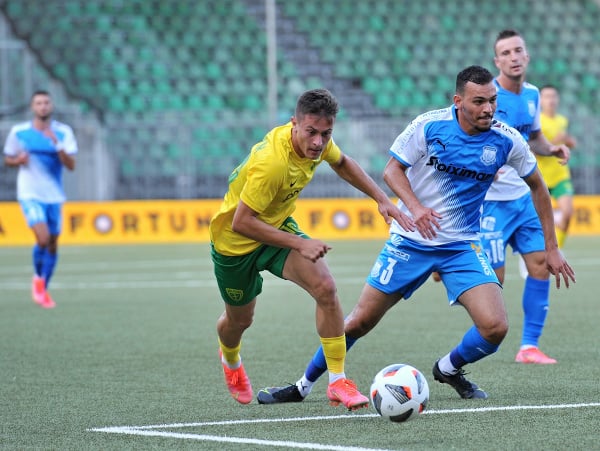 In the left image Adrián Kaprálik (MŠK Žilina) and Wellington (Apollon Limassol) during the retaliation of the 2nd preliminary round of the European Conference League 2021/2022 MŠK Žilina – Apollon Limassol Source: TASR – Erika Ďurčová

ŽILINA – Ahead of Thursday’s retaliation in the second preliminary round of the European Conference League, the three-member Slovak teams are in the most advantageous position of MŠK Žilina’s footballers thanks to a 3: 1 victory over land of the Apollo Limassol in Cyprus. The “yellow-greens”, despite the promising result, do not change the underestimation of retaliation, in which they can be advanced by a visit of up to five thousand, which corresponds to half the capacity of the stadium below of Dubň. In case of promotion, MŠK will be in the third preliminary round with the best of the duel between Hajduk Split and Tobol Kostanaj (first match 2: 0). Watch the broadcast ONLINE with Sports: