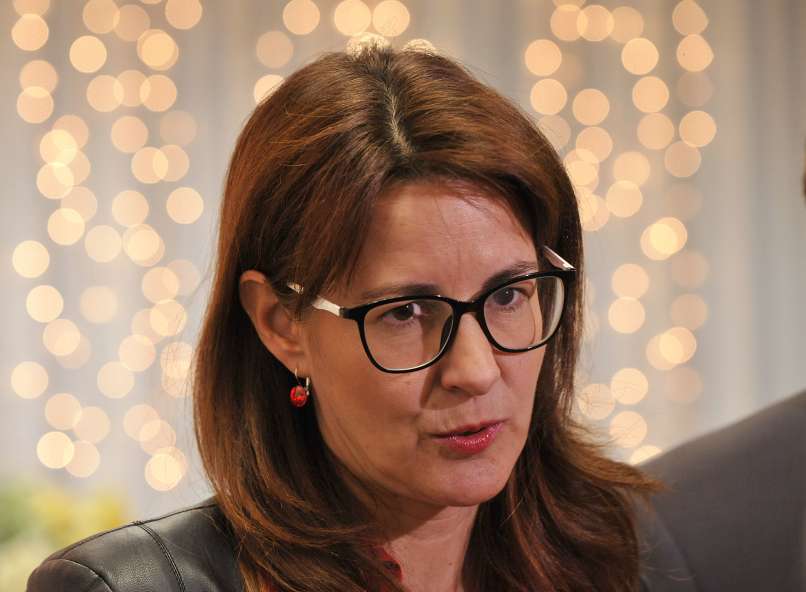 According to her, the problems in Slovenian prisons must be resolved in a joint table, according to Katičeve's words.

Justice Minister Andreja Katic is surprised by public accounting between the leaders of the administration for the application of criminal sanctions and the union of the state authorities. According to her, the problems in Slovenian prisons must be resolved in a joint table, according to which the government is prepared to prepare.

Personal and anonymous dispute between Soporte and Verkom

As the minister said at a press conference after today's government session, he is also surprised by the anonymous publications that have appeared in public in recent days on the situation in the Slovenian prisons, but they are connected with a personal dispute between the director of the RS Administration for the execution of criminal sanctions Jože Podržajem and the president of the Union of State Authorities of Slovenia Francis Vercom.

The minister thought erroneously that the dispute was mild

The Katica event was amazing, as he thought the dispute between the two had already melted. At a joint meeting in mid-January, they agreed on how social dialogue was carried out, while Katica also informed them about the additional employment of police officers from the police.

However, the minister, as he said, is still willing to meet with representatives of the union, also applies the invitation to a joint meeting on February 5. "Certainly, however, the real space to solve problems is first in the table and if it can not be agreed on the table, there are also other instruments"he stressed. As he added, this has not yet been sufficiently used.

Open for a meeting with the union

"I will not take responsibility for one or the other side. " Katič said, emphasizing that there is the will to solve the problems of the government. Also regarding the request today of the union of state bodies, which calls for a meeting with the minister and the prime minister Marjan Sarac, said he is open to meetings and is ready to meet with them even before February 5. The minister also awaits a debate on the Justice Committee next week.

Today, he recalled that during the time of the crisis, the penitentiary system shared the fate of other systems with regard to the reduction of investment. She has recently begun to invest, he said, adding that he intends to continue with this momentum and further strengthen. He has already commissioned the preparation of plans for the necessary investments, while the security in individual institutions will be reinforced with additional funds. As a good solution, it evaluated the proposal to take more into account the initiatives of the judicial police officers in evaluating security in individual institutions.

Katičeva also warned that in the cases of escaping prisoners Koper prisoners and the attack on the judicial police officer in Dob, they are conducting criminal investigations. Due to the interest of the investigations, he did not want to talk about the details, but he announced the right action if the investigations showed irregularities.

The Serbian giant lost his temper, the judge just closed his eyes #video

Your safety is your concern, but your phone can help

American Pfizer reports: The vaccine is very effective in the South African version of the covid-19 virus.