Infectologist Tomažič: Vaccination is a better protection against infection than disease 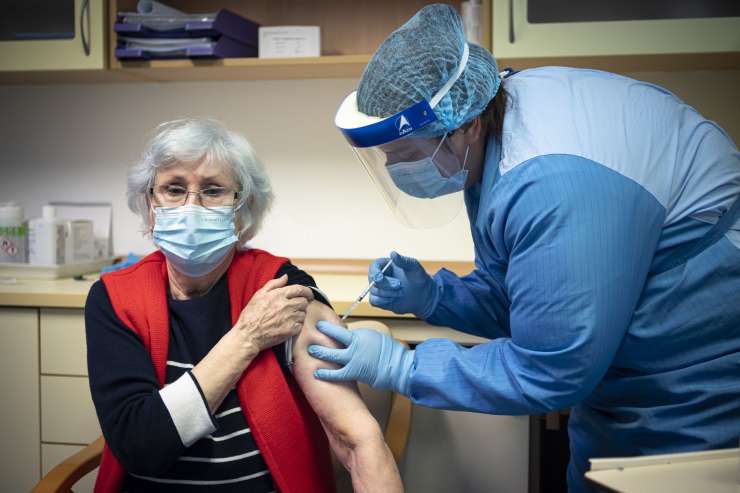 Infectious disease specialist Janez Tomažič of the University Medical Center (UKC) Ljubljana explained in a statement to the media that the vaccine protects against the transmission of the new coornavirus infection better than covida-19. The latter, however, better protects against the recurrence of the disease.

“After vaccination, you get protective antibodies that protect you for longer from the virus that settles in the respiratory mucosa and therefore from the transmission of the virus,” Tomažič explained.

According to him, the disease protects better against the disease again and less against the coronavirus that sets in the mucous membrane and the spread of the virus. “Morbidity is good for the individual, but epidemiologically it’s a little worse because the coronavirus is still spreading,” Tomažič said. He added that for the second time, patients with covid-19 had not needed hospital treatment at the Ljubljana University Medical Center.

Tomažič noted that the determination of antibodies after infection with a new coronavirus or vaccination against covid-19 causes confusion, as there are different methods. According to him, the Institute of Microbiology and Immunology is the most accurate, but these are complex procedures.

“Based on the results of antibody tests performed in various parts of the country, it is not possible to determine whether a person is protected or not,” Tomažič warned. According to him, these tests only show whether the body has responded to the vaccination. Therefore, Tomažič warns against false security because of these tests.

When asked about the effectiveness of ivermectin in the treatment of covida-19, Tomažič recalled that it is not a “miracle drug.” He explained that in the laboratory, the drug works and effectively stops the reproduction of the coronavirus, but in humans overdoses should be used, which would be dangerous to health.

In addition, the patient should take the drug during the first period of respiratory pneumonia, when, according to Tomažič, patients are not yet being treated in the hospital.

Tomažič noted that “patients come to various medical institutions that want us to give them a prescription for ivermectin as a precaution.” However, according to their guarantees, doctors do not, as some international health organizations also warn of possible harmful effects.

Tomažič also expressed hope that molnupiravir will be available for the treatment of covida-19 by the end of the year, which will mean an upgrade of vaccination. “Currently, research shows that it also works against different versions of the coronavirus, which is very good,” Tomažič explained.

According to infectious disease specialist Bojana Beović, dexamethasone, an effective anti-inflammatory drug in people with serious illnesses, is the most effective in terms of the effectiveness of the drugs currently used to treat patients in hospitals.

“Initially, we used remdesivir for some time because the data were favorable. Later, it was shown that the efficacy was not so good. It would probably make sense to use this drug during the initial course of the disease. However, there is no no research has been done during this period, ”he said. Beovic said in yesterday’s statement. Recently, however, they have used monoclonal antibodies, which have also been shown to be effective.