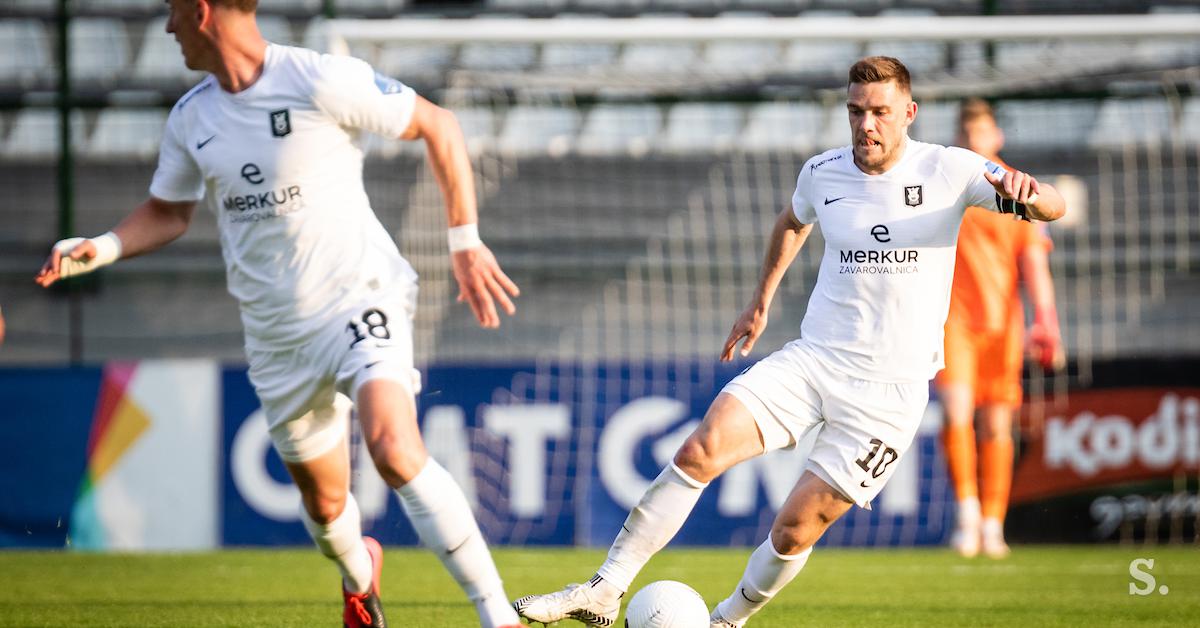 Koper’s footballers are the third semi-finalists in the Slovenian Cup. Today, in the quarterfinals in Ptuj, they faced Drava and beat them 2-0. The last semi-finalist will be announced today, at 5.30 pm, the runner-up Nafta and Olimpija have started the match in Lendava, which on Sunday already suffered a blow in Prekmurje. Domžale beat Maribor (2: 1) for the second time in a week on Tuesday, while Celje, led for the first time by new coach Argon Šalj, eliminated Radomlje and continued to fight for Europe.

Regarding Olimpija, Stanković is his friend and …

The final act of the quarterfinals in Lendava

On Sunday, Olimpija suffered its first defeat in 2021. It ran out of points in Fazanerija against Mura (0: 3). Today he visits Prekmurje again.
Photo: Blaž Weindorfer / Sportida


The final act of the quarterfinals of the cup competition takes place in Lendava, where the Olimpija fan plays against Nafta. The people of Ljubljana do not hide their goal. They want to end the season with a double crown and repeat the achievement of the 2017/18 season, when he signed with great success Igor Biscan. This season, they have already played in the cup in the second league, when the Slovenian public saw one of the most stressful performances in the autumn.

The Dragons already had 1: 3 in Brežice, Posavci’s three goals were scored by the current Celje striker Ester Sokler, then only forced to do a penalty shootout lottery and promotion to the top eight. It was also the only game this season in which the former first division king, the goal scorer, was one of Olympia’s top scorers. Ante Vukusic. The Ljubljana team will play in the second league on Wednesday.

The chosen ones Goran Stankovic, which suffered its first defeat since leading Olympija on Sunday, is organized by Nafta. Prekmurje has not given them luck this week. Mura “settled” the Greens and Whites with 3: 0 on Sunday, but the Dragons with a four-point lead over Maribor remain the first favorites to win the national title.

Mulahusejnović decided the conflict in Ptuj

Rodolfo Vanoli got Koper among the top four in the cup.
Photo: Vid Ponikvar / Sportida


Second league Ptuj to second league, where it recently occurred due to late fulfillment of financial obligations to the former coach Muamer Vugdalic he lost three points on the green table, expects a close struggle for survival and, in the cup, where he surprised Murska Sobota’s title defenders in the round of 16, he was even able to secure a place in Europe with a title sensational!

But for the team led by an old acquaintance of Slovenian greens, Makedonec Viktor Trenevski, did not turn out as desired. Koper, who despite the slightly worse results in the championship, still trusts the coach Rodolfo Vanoliju, won the locals 2-0 and scored both goals Nardin Mulahusejnovic, also the top scorer in the First League of Telekom Slovenije. So Koper stays in the European game.

Shala started a new job with a win


On the day of the feast there were very different in the prince city. For the first time this year, he did not lead the Celje football team Jiri Jarošik. The former Czech football star, after a series of modest results, according to which the current national champions of the Telekom Slovenije First League fell to a dangerous ninth place, left the place in second.

He came Agron Shala, left behind the task of the coach of the Slovenian national cadet team and devoted himself to the challenges of the club. He wants to ensure Celje’s survival and at the same time jump on the European ticket to the cup, of which he is just two steps away from victory over Radomlje. To advance to the semifinals, they are the current champions at the end of the match with a numerical advantage after the exclusion Gasper Trdin to hit Amadej Brecl inside Luke Kerin. For the sixth time in the last ten seasons, Celje was ranked among the top four teams in the cup competition.

Purple Rožman removed to “his” Domžale

Domžale and Maribor competed for a ticket to the semifinals in the city near Kamniška Bistrica. Domžale’s team successfully hoped for victory and promotion, winning 2: 1 and thus celebrating against Maribor for the second time in a week. Last week, the Domžale footballers defeated the 15-time Slovenian champions 3: 1 in the first league match at Ljudski vrt.


At the moment, the people of Domžale have two cup laurels, they won the 2016/17 season under the tactic Simon Rožman, now led by Maribor. He has not won this cup since 2016 and has a total of nine such titles.

Domžale looked great 23 minutes into the match after stopping a shot by the visitors’. Sven Šoštarič Karić redirected to the network Matej Podlogar. The visitors got a chance to pulling one back after 43 minutes, due to a defensive blunder leaving completely unmarked Arnel Jakupovic ten meter shot.


At the start of the second half, Rožman sent four new players to the field. Jana Repassa, Jan Mlakar, Alex Pihler inside Aljoša Matka, and in the 60th minute Maribor reduced the difference with a goal Denis Klinar on the right. In this part, the much more determined guests pressed to get the tie, they also had some dangerous shots, but Domžale’s team lasted until the end and waited for the semifinals.

“Rožman” will pull “from Maribor, but what about Olimpija?”