Aladdin’s box is updated with a new 2021 praline: welcome candy 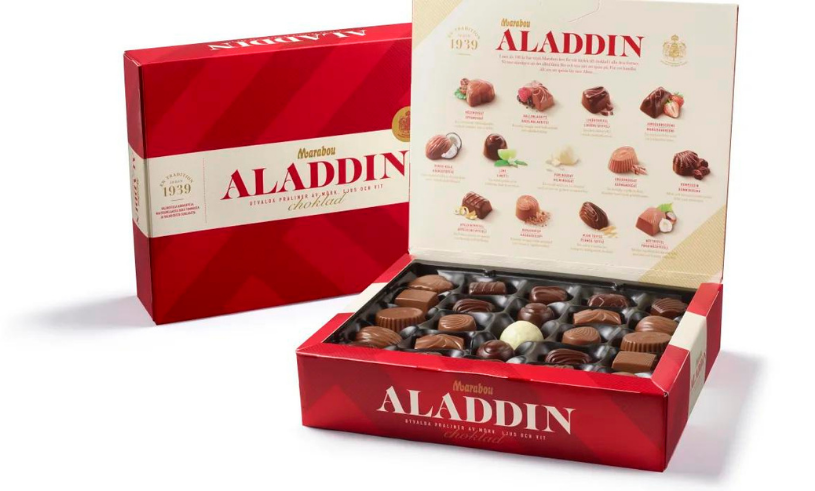 Since 1939, Aladdinasken has had an obvious and traditional place during the Swedish Christmas celebrations and we all have our favorite pralines. Who doesn’t remember 2014 when the triplets were replaced and a scream erupted in Sweden with chocolate. Today, Marabou has announced the new flavor of this year in the Alladina box: salted caramel.

Salty caramel is the first new praline in the boxes in four years and is a sweet, soft caramel cream with salt flakes, wrapped in a delicious dark chocolate. The box of paradise is filled with a corresponding light chocolate praline.

As the taste of the Swedish people has changed, the pralines in the box have been gradually replaced. During Aladdin’s long history, there have been more than 50 praline changes.

When darkness takes advantage and winter is just around the corner, it’s easy to crave Christmas and all that the holidays entail: Christmas music, family time, Christmas food, and of course sweets.

– This year there are many hopes of being able to reunite the family, something that last year has taught us not to take for granted. So it’s a lot of fun to be able to offer a future praline favorite with loved ones before next Christmas and quality time, says Sara Sjöholm, Marabou’s brand manager.

– Salty caramel is at least a long-awaited praline in Aladdin’s box. It’s hard to avoid what is a fantastic combination of sweet and savory and I think Salt Caramel is a praline that for many in the family, regardless of age, will be the personal favorite, Sara continues.

4 million Aladdin boxes are sold every year and new pralines have been added throughout history and others have disappeared. Something that provoked strong feelings among the Swedish people. Trillingnöten and Körsbärslikören disappeared in 2014, two years later, Limepralinen won a place and, more recently, Kakaokrisp was launched. With the newcomer Saltkaramell, the Mjuk Toffee praline unfortunately disappears.

The new flavor will be released in both Aladdin and Paradisasken, and sales will begin in stores during week 38.