Christina Schollin is forced to leave Masked Singer on TV4 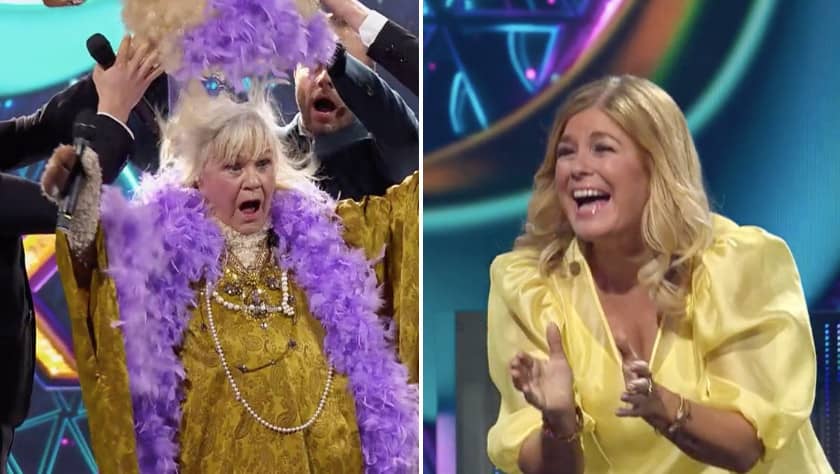 The premiere of TV4’s new big adventure, “Masked singer”, was a million hits last Friday when two million saw Sjöbjörnen, Enhörningen and the others perform. The first to leave the competition was the penguin, who was in fact the actor Sven Melander.

Host David Hellenius was more than happy after the premiere.

– It’s incredibly fun! That already the first week we managed to overcome the popular and consolidated “Best in test” feels completely unreal. Personally, I am happy and relieved, said host David Hellenius after the success.

On Friday’s show, six new masked celebrities took to the stage. The voodoo doll, the ice wolf, the sheep, the robot, the dragon and the crow settled into three different duels before it became clear that the sheep and the robot were competing to see who should stay in the competition.

In the end, it was the sheep that had to leave the competition.

After clues thriving in herds and tarot cards with, among other things, “family” and “flirting,” the group guessed Siw Malmkvist and Kikki Danielsson, among others. Pernilla Wahlgren initially guessed it was Mother Christina Schollin who was hiding under the mask, but changed just before the revelation.

It was a real blow.

– I thought there were a lot of things from my mom, but that also happened with “The Carousel” and it was Lennart Hyland and I know someone who worked with him and I have that very much in mind. I think it’s Siw Malmkvist, says Pernilla Wahlgren on the show.

But under the mask, Christina Schollin hid and the board received a real surprise.

– It’s been a lot of fun. But I don’t recommend anyone wearing a sheep’s head, says Christina Schollin on the show.