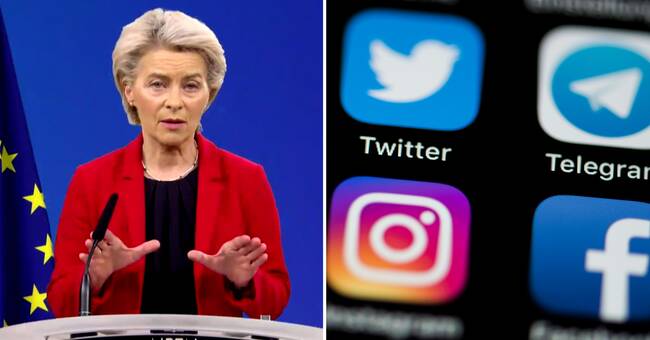 Among the heads of state and government, Google, Facebook and TikTok were also invited to Malmö on Wednesday to talk about how to fight online anti-Semitism. Once in place, they were met with harsh demands from world leaders who had not done enough.

– Anti-Semitism is a threat and a poison to our democracies, our values ​​and open society. Here, online platforms have to take on a much greater responsibility. All companies, especially the big technology giants, must fight hatred, said Ursula von der Leyen, president of the European Commission, which participated through a link from Brussels.

According to Jonathan Greenblatt, CEO of the Anti-Defamation League, ADL, which works against “slander against the Jewish people,” there is no doubt that social media companies make money on anti-Semitism, racism, and hatred. No less important, Facebook, with approximately 2.9 billion users worldwide.

“It has been exploited by extremists and its algorithms have intensified anti-Semitism for too long,” Jonathan Greenblatt said.

Israel’s representative on the ground, Nachman Shai, criticized the passivity of social media companies in the face of anti-Semitism on their platforms and demanded greater accountability.

– They cannot be the so-called neutral or objective. They are part of the scene.

Even before the forum, Google-owned European head of Youtube Pedro Pina said they had come “to make important commitments”. In front of the forum participants, he pledged to invest more than 5 million euros to, among other things, support organizations that map anti-Semitism and provide advertising opportunities to spread information about the Holocaust.

– We do not tolerate hate crimes. We fight this battle every day, 24 hours a day. We think we are making a lot of progress, Pedro Pina said.

Facebook also promised more collaborations with organizations to draw attention to anti-Semitism. According to Sheryl Sandberg, Facebook’s head of operations since 2008, work is underway to improve the company’s AI that will eliminate hatred and misinformation.

– Today we eliminate 15 times more hate speech than just five years ago, but we are not satisfied, but it will continue to improve, he said.