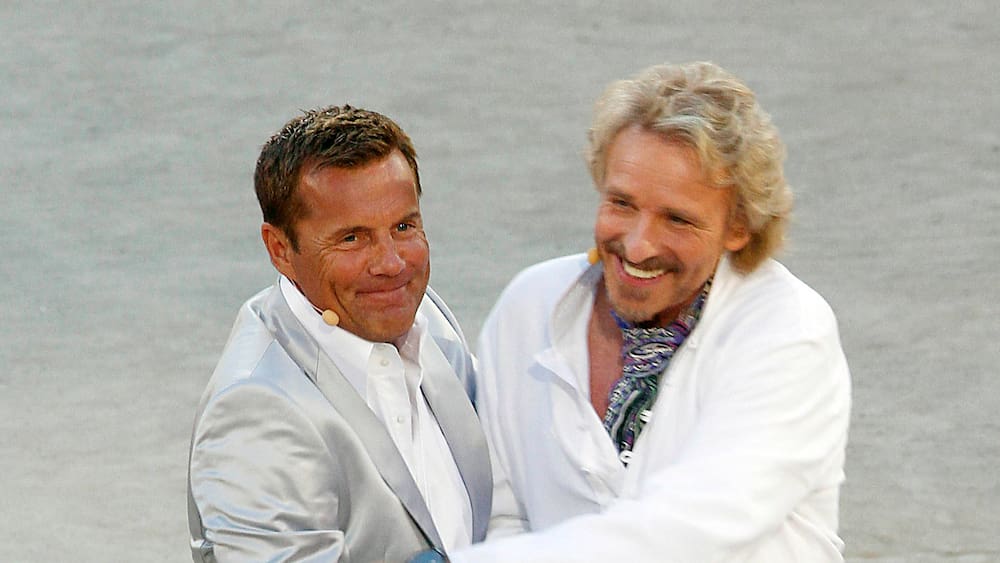 The “Germany is looking for the superstar” final is over. Jan-Marten Block (25) emerged as the brilliant winner of the 17th season. So far, Pop titan Dieter Bohlen (67) sat behind the jury each season and evaluated the candidates for the casting. Except for the last live final and semifinal: show legend Thomas Gottschalk (70) took over.

And that seems to go against Pop-Titan Bohlen more than I wanted to admit at first. For days he has been making fun of the old moderator “Wetten, dass ..?” On his Instagram account. The gossip went so far that one user eventually wrote in the comments that Bohlen’s comments about Gottschalk would sound “offended and insulting.”

“Dieter is history, I am a legend”

Bohlen didn’t want to leave it like that. He commented: “He has been lying about me for years. If I told you what I knew about him, it could end. ” It almost sounds like a declaration of war. But Gottschalk himself also continued to add fuel to the fire. Last Friday he mocked on his podcast “Podschalk” (SWR3): “Dieter is history, I’m a legend.”

Dieter Bohlen and Thomas Gottschalk were always together in front of the TV cameras, but it’s no secret that the show’s two giants aren’t necessarily likeable. In any case, some fans meanwhile also think that’s enough and advise Bohlen on Instagram to leave things right now.

Dieter Bohlen said goodbye to the end of the “DSDS”

About three weeks ago, Dieter Bohlen took medical leave for the last two live shows of “Deutschland sucht den Superstar”. RTL did not want to extend the contract with Bohlen in the future. The station wants to focus on families as viewers in the future. Bohlen probably no longer fit the concept and didn’t see the end of the “DSDS” season. It’s definitely good enough for your Instagram videos. (paf)

“Titans can fall too”: This is Gottschalk’s first appearance on “DSDS”(01:25)