Jonas († 12) had to die due to defective electrical devices 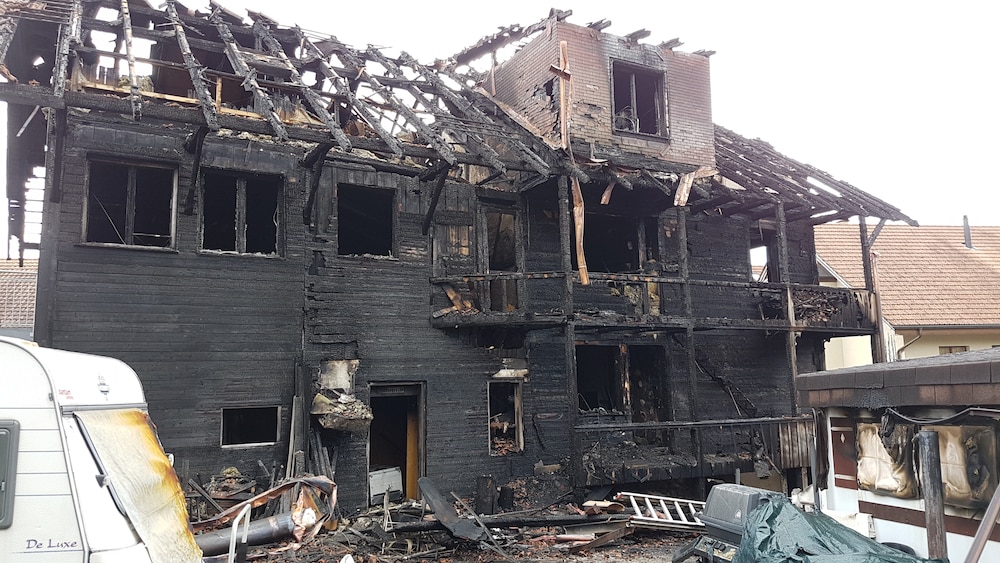 Investigations about the cause of fire in a multiple house in Steffisburg on Sunday have shown that a technical defect in a freezer has caused the fire. The fire killed a boy of twelve years.

On Sunday night, the family house of Weiergraben 34 in Steffisburg BE has burned completely. Jonas * († 12) died in the flames (Blick was informed). Now the fire investigators of the cantonal police Bern have discovered: A technical defect in an electric device has caused the fire.

According to a spokesman for Kapo Bern, the device is a freezer. Several devices were placed next to the other one in a room: one was broken and caught fire. Then, the flames attacked the wooden house and surprised the inhabitants while they slept. The fire caused a loss of more than one million francs.

Parents wanted to save Jonas

In addition, the body that researchers found in ruin were formally identified. Thus, the police confirmed that he is the boy of twelve years of the corner of Bern.

Just before 3:30 in the morning on Sunday, the fire broke out. When the forces arrived, the house was already full. A local resident said in the middle of a shock: "the screams threw me out of my dream." There were three games in the house.

The older sister of Jonas Julia (14) says she was one of the first to ring the alarm, said Andreas B. *, a relative, at LOOK. "She woke up to her family and was about to go up the tree before everything was on fire." Parents had tried to save Jonas, he says. They were injured and they had to go to the hospital.

The neighbors brought clothes to the victims

The other survivors were able to escape until the last second, said Andreas B. *. The second-floor tenant, a good friend of his, could only wake up his girlfriend, and then fled dressed in shorts. "Your clothes, your roles, your cell phone, all your belongings burned." He had worn his friend's socks and a jacket.

Other residents also brought clothing to affected residents during the night. "We were up to dawn," said a neighbor.

The apartment building is no longer habitable. Steffisburg was surprised on Sunday. A reader who only lives a few dozen meters more said to BLICK: "We are a small town. Here you can feel the consternation." Andreas B. * said: "The material damage is not so bad, in the face of family tragedy. It seems sad that Jonas had to die" (Hah)