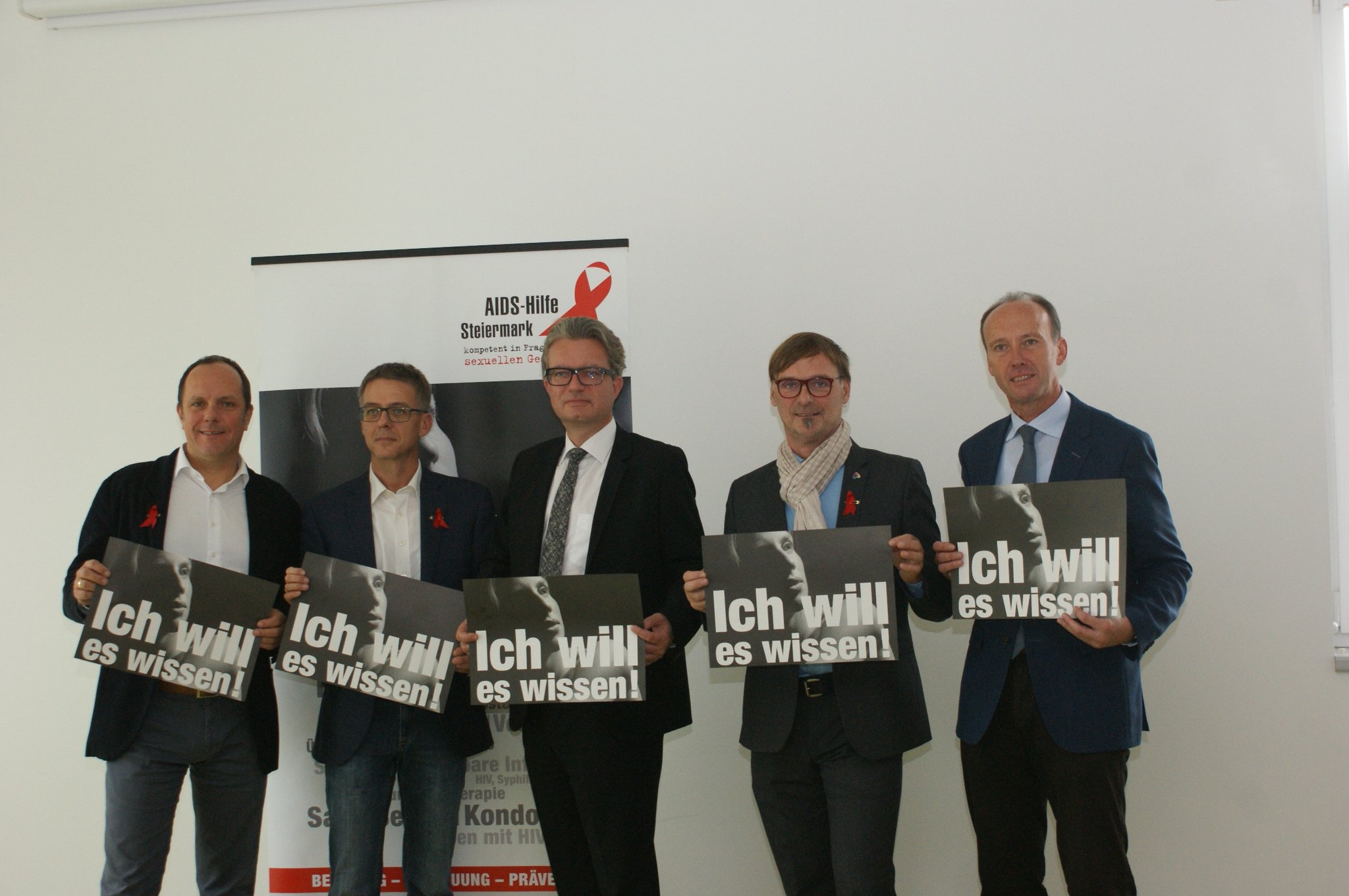 Aidshilfe Steiermark is on tour under the motto "I want to know!" via the Veiz district.

In Styria, in 2017, there were 58 people diagnosed with HIV for the first time. This represents an increase of 26% compared to 2016. In order to draw attention to this unpleasant development and increase its awareness of HIV and AIDS, Aidshilfe Stiria is visiting the Veiz County.

40 percent of the diagnosis is very late. This means that those who have been affected have been carrying the virus for many years, and thus overwhelming their health and possibly endangering others through neglect. Due to further development of treatment options, today's infected people can lead a nearly normal life, but it is still a big problem that HIV-infected or patients will be stigmatized in our society, explains Manfred Rupp, head of Aidshilfe Steiermark. In addition, the average cost of care for an HIV-infected person throughout their lives would be between 400,000 and 500,000 euros.

Until World AIDS Day, which takes place on December 1, Aidshilfe Stiria in the Veiz district wants to make a tour of "I Want to Know!" creates awareness and informs people through lectures, free and anonymous surveys, and poster campaigns and red tape in public buildings.
During the lecture "Aids, is this something else for us?" will be considered on November 15 in Paracelsusapotheke Veiz, and on November 27 at Kulturkeller Gleisdorf on the topic. Health advisor Christopher Drekler stresses that the disease should not be forgotten: "Because of the treatment options, HIV infection can now be treated, but we must not play this disease."

In Graz you can test anonymously and free at Aidshilfe Steiermark. The test result is obtained within three to five days. A quick test allows you to score after half an hour. 80 percent of people surveyed are currently from Graz and the surrounding area, with visits to districts that want to make it easier for people there to get access to the HIV test. "I hope the district tour will raise awareness of this important topic and reduce the exposure of people affected by the infection," says Rupp.