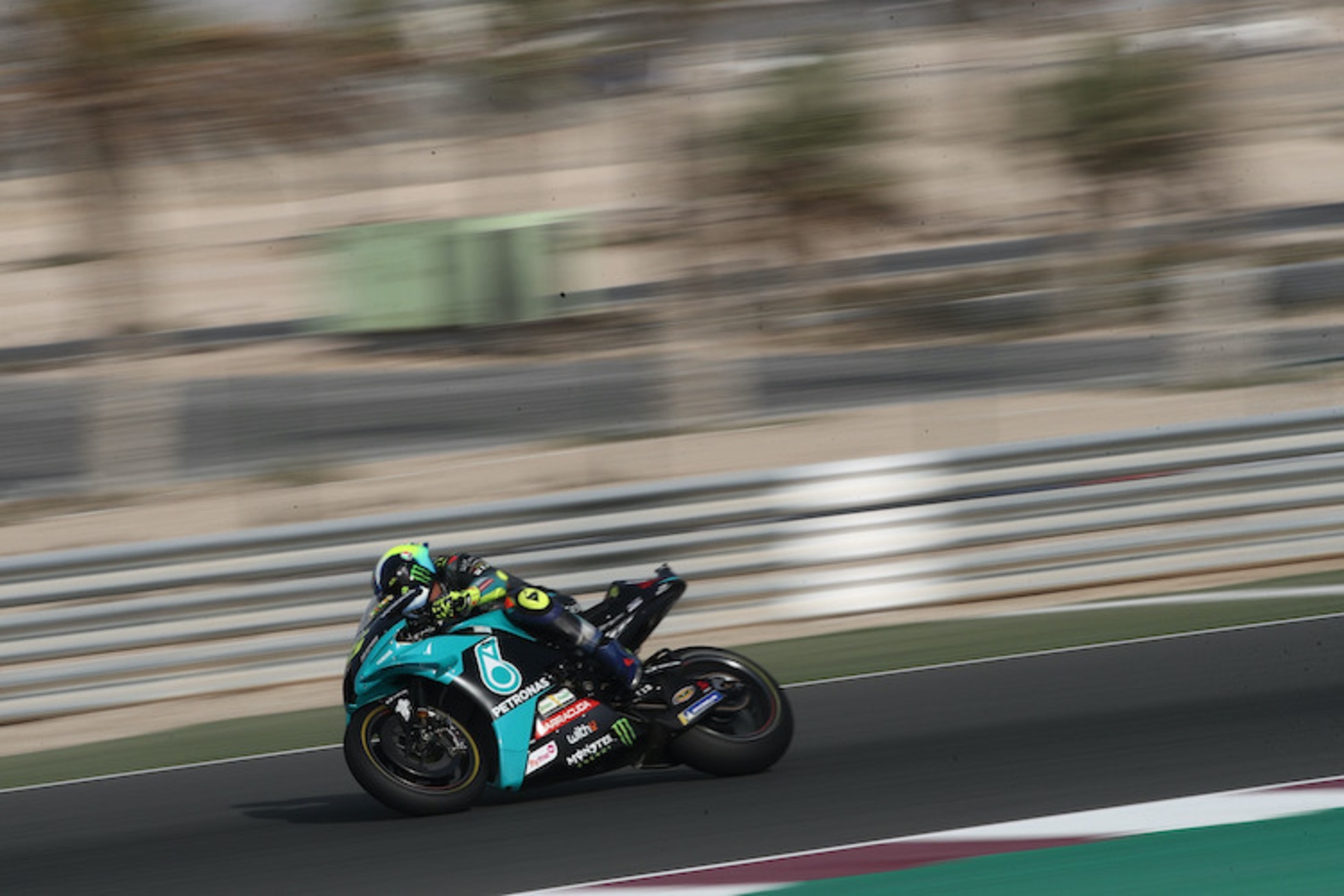 Valentino Rossi had already complained about problems with the rear wheel in Qatar in training on Friday. Neither did the Italian catch up in the standings. He has to face the Doha GP from 21st place on the grid.

Valentino Rossi already suspected after the second training session for the Doha GP that he would not have an easy match in the standings. However, the new world champion was waiting for Q2. But instead of advancing, he finally had to settle for 21st place on the grid. In comparison: his teammate Franco Morbidelli made the tenth fastest lap in Q2.

“We tried to improve the feeling in the back, but we suffered a lot again. I had no grip on accelerating, ”the GP winner complained 115 times later in his media discussion. “I had a lot of problems and my pace was not good either. Even with the new tires, I never had the feeling of being fast enough in qualifying. Last week I was still fast with the new tires, ”he wondered.

“We’ll try to find something that will keep them alive longer, of course, but I’m not fast enough,” Rossi added with a sigh. He knows: “It will be difficult in the race, I have to start from a long time ago and we have to analyze everything and try something different tomorrow. Then we’ll see where we land. “

Despite all the worries, the 42-year-old did not want to name the latest Doha GP training session as the worst ranking of his MotoGP career. “It wasn’t the worst quality for me, I think I had seen worse with Ducati,” he said, laughing.

“I just had a lot of problems with the rear wheel, in the third workout I was just a little slower with the hard tires in tough conditions, but my pace was similar to the afternoon. When I put the soft tire on, for some reason the rear tire was pressing too hard. After that I didn’t push because I also had a lot of vibrations. I had the impression that the tire was heating up and it wasn’t fast enough, “said Rossi.

The Petronas Yamaha star did not want to confirm that he would be better off with a harder tire: “I don’t think he needs a harder tire. The mix is ​​the same for everyone and if others don’t know it, so should we. So it’s not about the tires. “