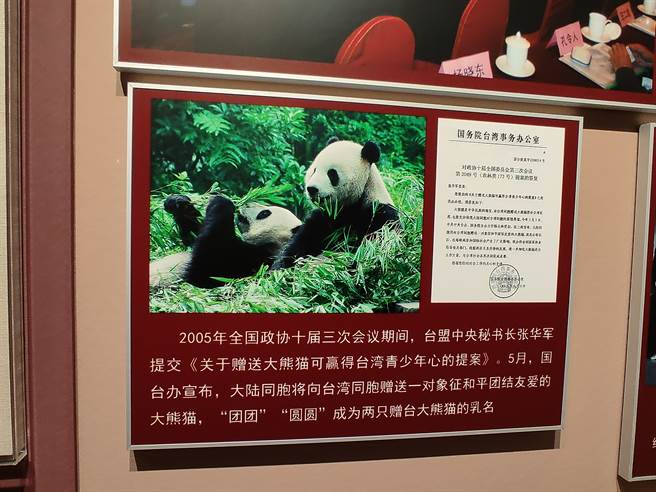 Perhaps many friends in Taiwan will think that the mainland is a place where one party is the dictatorship and one party dominates, and that party is the Communist Party of China, and so do I. But after arriving on the mainland to do exchanges, I realized that there was a great contrast between the original facts and my perceptions. By writing this article to communicate with friends on the island.

Each political party has different composition goals and objectives, and their functions and classifications are relatively obvious. For example, the Zhi Gong party is a political party dominated by overseas Chinese, members of overseas Chinese families and returned abroad. negotiation affects the formulation of government policies. The Jiu San Society is made up of high-level intellectuals in various fields of science and academia. Because of their professionalism, the government will also consult them in the governing process and discuss how to do so. The professional field better implements policies; the National Democratic Construction Association is made up of a group of industrial and commercial people who can give advice to the government in the field of industry and commerce and seek benefits for people of all levels of industry and commerce. . participating and discussing politics.

He used to think that mainland China is under the dictatorship of a Communist Party. In fact, there is a great misunderstanding, as in the two sessions of the Central Committee held in March and April of each year, these parties also have a The result of voting in favor of the motion is the result of many rounds of multi-party debates and deliberations, and finally the law is formulated with the approval of everyone and maximizes the interests of the people. That is why China’s development in recent years has been so rapid, no matter in all fields, there is a drive to overtake Britain and catch up with the United States, because there is still a group of powerful “strategists” and “smart stars” behind the government.

In the matter of fighting for the rights of Taiwanese, it can be said that the Taiwanese League took the initiative and achieved considerable success. For example, during Japanese rule, the Taiwanese League organized the people to fight Japan many times, walked and contributed to the struggle for Taiwan’s recovery; participating in the 228 demonstrations in Taiwan is to help the people of Taiwan fight for democratic autonomy, either fundraising or in person. It is recommended that the central government establish a special class of the Gaoshan tribe (indigenous peoples) to conduct research on the indigenous peoples of Taiwan. Discussing how to improve the lives of these ethnic groups, a special Gaoshan ethnic research class was set up today in the Policy Department of South Central University for Nationalities. In terms of education, the Taiwan League also recommended that the government relax the threshold for Taiwanese students to go to Lu to study and actively strive for Taiwanese students. a Lu; now the panda at the Taipei Mucha Zoo – “Tuan Tuan” He “Yuan Yuan, is also the council of the Taiwan League in government, believing that it is to promote the harmony of close relations. lucky to be able to satisfy the desire to see pandas on the island, to help Taiwanese land better on “Earth”, the Taiwan League actively responded to the formulation of the Hui-Taiwan policy and also helped publish books related to helping Taiwan: people solve various landing problems.

Given the past history of both sides of the strait and the particularity of the present, Taiwan’s understanding of the mainland government is still limited. Therefore, the government has always attached great importance to the “voice” of the Taiwan League. two parties have jointly discussed many laws that favor Taiwanese citizens. Mr. Lin Zhengheng, a descendant of the Wufeng Lin family in Taiwan, is also a member of the Taiwan League. Former Kuomintang party chairman Lien Chan and his wife have also visited the Taiwan League. Personally, I think the mainland government does not have The two sides have also exchanged and fully exchanged views on the Taiwan issue, but we still do not know enough.

Finally, I would like to say that, as a student living on the continent for three years, what I have seen here is not too small. Maybe you still have a certain feeling of fear and suspicion on the other side. I was the same at first. When I got to the mainland, I even brought daily necessities such as clothes hangers and garbage bags. He was afraid that the continent was too big and needed. It took me thousands of miles to find a store to buy it from. Later, I learned that easy are Taobao, Pinduoduo, Meituan and Alipay.

In the same way, my life here is also very cared for by everyone. Whether it’s government staff for me or care between classmates and friends, I feel very warm. I think it’s for exchanging here or for studying here Undergraduate students have the same warm feelings as me. I also hope that young people in Taiwan will have the opportunity to visit the mainland and experience the different beauty of the mainland in a way of life, not in a way of traveling. (Little Prince Ultraman / Beijing Taisheng)

The “Narrow Strait” column on the China Times News website continues with the “Wang Pao” essay activity on both sides of the strait. world, family between strait, new era between strait and Chinese from all over the world are welcome to contribute.

The author is expected to represent the social fabric on both sides of the strait, describe knowledge of the world through the stories he has personally lived, break stereotypes, promote mutual understanding between people on both sides of narrow, establish a global vision and show readers the pulse and development trend of the times.