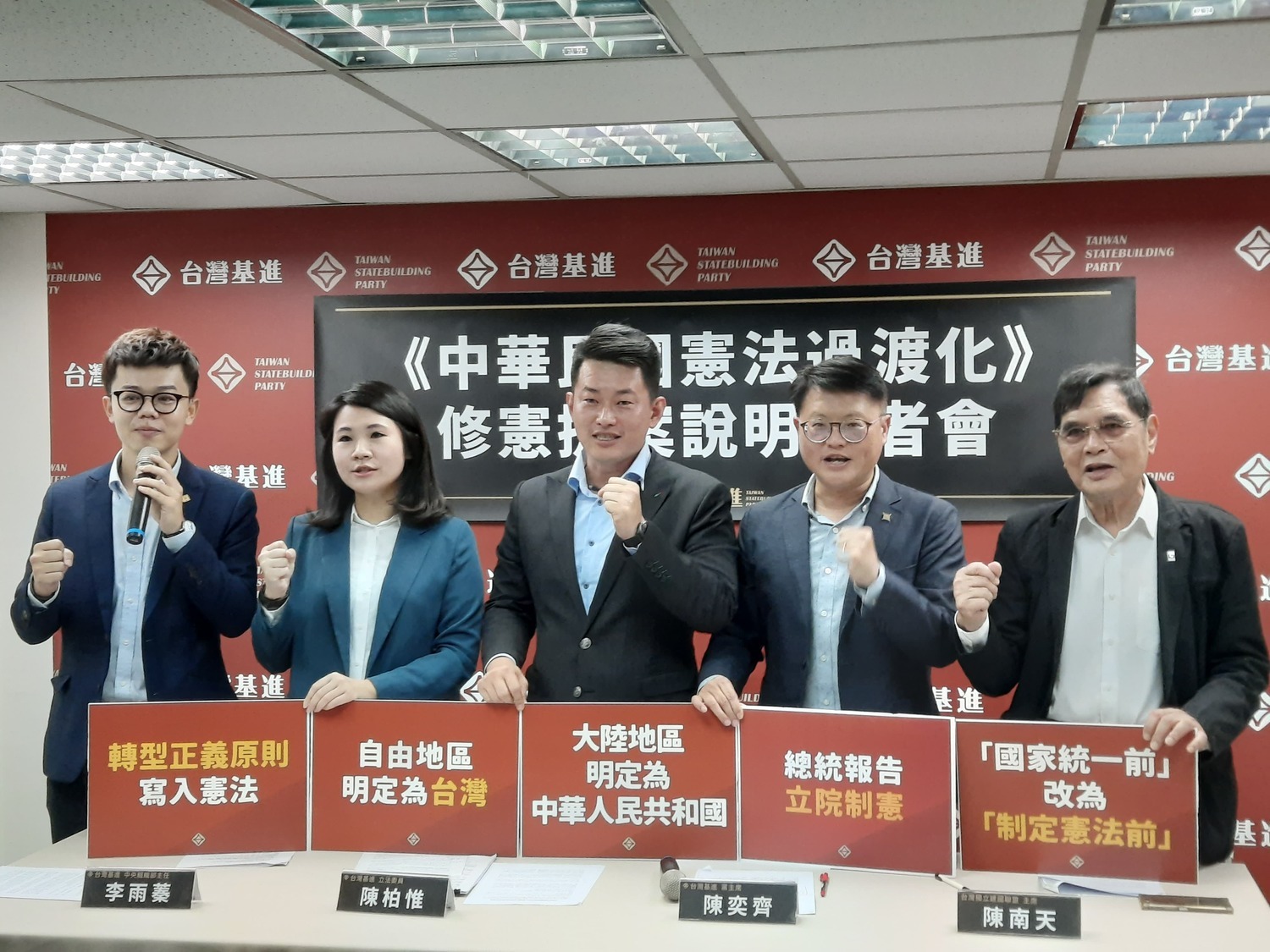 Taiwan Kijin held a press conference to explain the proposed constitutional amendment to the “Transitional Constitution of the Republic of China”. Image: Chen Peijun / Photo

Taiwan’s foundations proposed five constitutional amendments, including amendments “in response to the country’s needs before reunification” to “consolidate the consensus of all citizens and establish a Republic of Taiwan before the formulation of the new Constitution”; change the “free zones” to “Taiwan, Penghu, Kinmen, Matsu and the islands affiliated to the sovereignty of Taiwan; change” Mainland “to” People’s Republic of China “; the president will regularly or irregularly review the” Constitution “and the application of additional provisions every three years to present to Congress a feasibility assessment report for the formulation of a new constitution, drafting the principles of the country’s need to promote justice in transition to the Constitution.

Taiwan’s ruling party chairman Chen Yiqi said President Tsai Ing-wen pointed out in the Double Ten proclamation that leaving a strong, united country for the next generation should have a set of Taiwan’s constitution that adjust to justice, justice, Although the number of seats is not enough to formulate the constitution, the “transitionalization of the constitution of the Republic of China” is proposed as a directive amending the constitution and the “Consistency of requirements before the reunification of the” Additional Articles of the Constitution “is changed to” to consolidate the consensus of all citizens, “the establishment of the Republic of Taiwan, before the formulation of the new constitution” , pointed out more clearly to the DPP that the current constitution is a Chinese constitution of “forced use.” He called for Taiwan to become the main body, to change non-neutral and intentional words, to condense consciousness. of the set and hopes that this will be the direction of future revisions.

Taiwan Foundation lawmaker Chen Baiwei noted that he supports the principle of a China, but one is called China and the other is called Taiwan. The amendment of the constitution is not about ideology, but about finding good ways to find equity and justice. He mentioned that the “Constitutional Amendment Provisions” define the territory of the Republic of China to include “free zones” and “mainland zones”. Cross-strait regulations state that the mainland refers to the “territory of the Republic of China.” outside the Taiwan area, “but there is no such place. The free zone is now called” Taiwan, Penghu, Kinmen, Matsu and the islands dependent on Taiwan’s sovereignty. “The mainland is clearly written as “The People’s Republic of China,” which not only conforms to current national identity and international recognition, but has no one.Problems with the same table or each table.

Li Yuzhen, director of the Organizing Department of the Taiwan Foundation, stressed that the “incorporation of the principles of transformative justice into the constitution” will give the country absolute legitimacy to continue pursuing the historical truth of authoritarianism and that specialized agencies for transformative justice also be fully empowered and complete only a thorough review of the authoritarian era. Only with the aftermath will we be able to build a truly safe and dignified new country.

Chen Nantian, president of the Taiwan Independence League, also appeared to support the constitutional amendment and said that in terms of long-term goals, it is one of the processes needed to turn Taiwan into a normal country. The five-point constitutional amendment proposed by Taiwan Kijin is based on Taiwan’s adoption of the Constitution. The constitution is revised to carry out the practical considerations of system reform and defines the “transition” to the goal of Taiwan’s national imagination. It is more in line with the status quo for determining the international reality of “one Taiwan, one China” and respecting the People’s Republic of China as a “country” rather than the so-called “mainland or the other side.” etc.

Change in the People’s Republic of China to mainland China