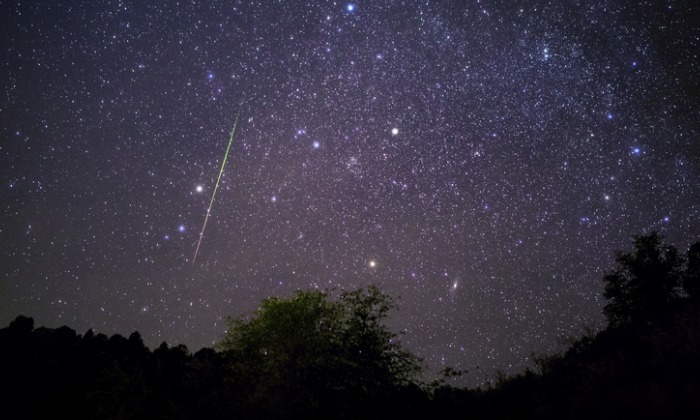 National Institute of Astronomy (Public Organization) (Ministry of Science and Technology) "Meteor Rain King – Meteor Rain Rain" after midnight on November 17, 61, about two in the morning until dawn on November 18, 61. Maximum drop of 10-15 per hour The range is free of moonlight. Good to watch. Take a bare eye in Thailand. Northeastern Lions stars cluster Watching the dark is clear.

Mr. Supperit Khemanon The head of academic astronomy services said: "Meteor Rain" or "Meteor Star Lone" is a meteor shower that took place in November each year. This will be watched from midnight on November 17, 2018 to dawn on November 18, 2018 in the northeast. Space near the lion's star. In such nights, even the night is over. The moon will return to the horizon around 1.30, so the best time is around 02.00. Average drop of 10-15 per hour Leo's meteor shower is the brightest meteor shower. How it moves through the atmosphere at speeds of up to 71 kilometers per second Interested people can watch the beauty of a scene of a meteor shower in the night.

Supermarket added: Meteor showers should be dark, light or distant. We recommend sleeping in the watch While the meteor shower is scattered all over the sky. To record a meteor shower. The direction can not be specified. Predict and open the camera and hold the meteor through the camera. Interested parties can prepare and equip them for a period of time.

# Leonid's meteor shower is made up of a 55P Tempel-Tuttle comet of dust that remains in orbit around the Earth. The dust of these comets stretches towards the Earth's atmosphere. It burns in the flash of light as a fireball that passes through the sky. The direction of the orbit of the meteor shower is tilted toward the Earth's orbit around the Sun. The velocity of dust particles coming into the atmosphere is very fast. With speeds of up to 71 miles per second. Meteor Shover It's the brightest meteor shower. He's called. "King of the Meteor Rain"