3 million people in Turkey do not know they are diabetes 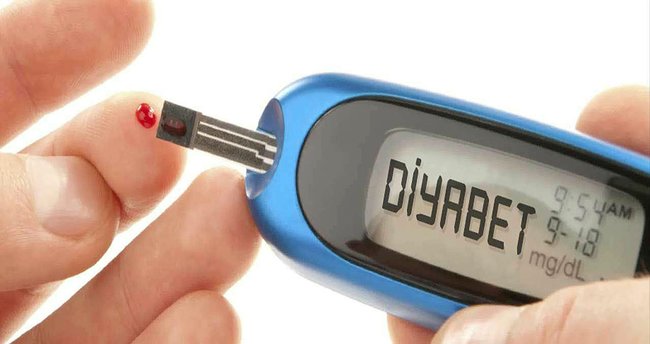 Doctor Day "World Diaspora November 14" held in the garden of Bečet With the children of the hospital, Ozkan says, the number of patients with diabetes is increasing every day, he said. Ozkan said that diabetes is a disease that needs to be taken into account, "according to the World Health Organization 2015, the number of registered diabetes is around 400 million people, 2040 is expected to reach this value of about 600 million. We can prevent this," he said. Ozcan, due to increased nutritional obesity due to an increased diabetic age of diabetes in the year each year, he said.

"About 10 million in Turkey diabetes patient"

In Turkey, Ozkan stressed that there is a steady increase in the number of people with diabetes, he said. "People are looking at data from the Directorate of Health, but there are around 10 million diabetics in Turkey, they do not know that there are 3 million diabetics. Each sugar needs to be measured. Again, our country, our children in the vicinity of about 20 thousand diabetics, must live depending on insulin, we must take measures against diabetes in terms of the health of ourselves and our children. "

"We should have eaten food for Hamburg"

Ozcan, type 1 diabetes is the treatment of diabetes, Type 2 diabetes, especially in recent years due to changes in nutrition and lifestyle habits, began to appear in children. "Type 2 diabetes" is easier to treat Ozkan's emphasis, "Ready to keep food away from our children, especially children. Homemade meals should not be consumed by hamburgers or sugar drinks in the form." Ozkan added that they are treated every year Nearly 300 children with diabetes from the hospital to the Cumhuriiet Square were organized a program of awareness raising for children who were treated for diabetes.