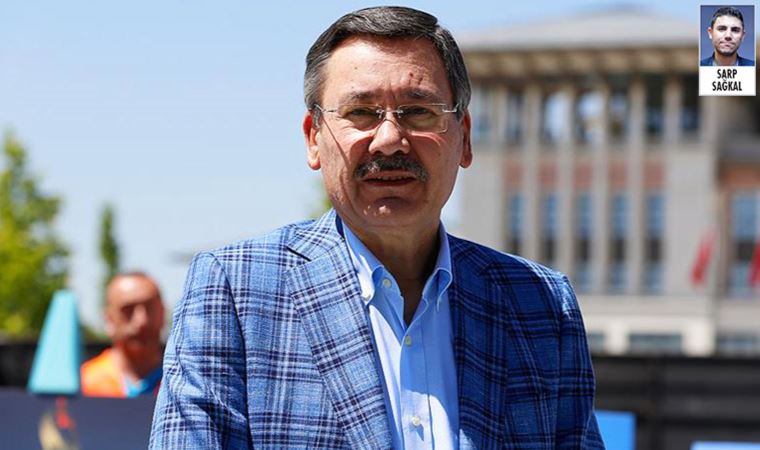 Within the scope of the investigation initiated following the complaint of the Ankara metropolitan municipality that provided benefits to FETO / PDY for the development of the development during its presidency, new statements on the “connections with the organization” of the Ankara’s former metropolitan mayor, Melih Gökçek, gave his statement last Friday. Former President of the Ankara Chamber of Commerce (ATO), Salih Bezci, in his statement as part of the investigation initiated by the Chief Prosecutor of Ankara, stated that “Melih Gökçek offered him a meeting with the FETÖ leader, Fethullah Gülen, and mediated the meeting “. Saying that Gökçek asked him to build a dormitory for 30 million TL on behalf of FETO at the time, Bezci also claimed that he was forced to work with Ayhan Atalay, who is said to be the “imam ATO” of FETUS.

Cumhuriyet, the former mayor of Ankara metropolitan municipality, Melih Gökçek, gave 375 thousand TL ads on televisions in the former metropolitan municipality of Ankara, which was closed because they were the organisation’s communications bodies, 3 months after 17/25 December 2013, which was seen as a milestone in the FETO-AKP separation, and provided financial resources, proved to be available. Following Cumhuriyet’s news, an investigation was launched against Gökçek on the grounds that he “provided FETÖ / PDY with a development benefit during his presidency”. As part of the investigation, Gökçek was summoned to the prosecutor’s office last Friday to testify. This time, Cumhuriyet arrived at the statement of former ATO President Salih Bezci at the Directorate of Anti-Terrorism (TEM) on 23 June. Bezci, who made statements to TEM, accompanied by two lawyers, five years later, in the context of the investigation initiated by the Chief Prosecutor of Ankara in 2016, spoke about Gökçek’s “wishes for FETÖ” during his presidency of ATO.

“HE RECOMMENDED ME TO SEE GULEN”

In his statement, Bezci stated that “he had only met with FETO leader Fethullah Gülen once, and that meeting was held at the request of Melih Gökçek in 2012,” and said, “Melih Gökçek me contacted an American person for my meeting. ” Bezci said he did not remember the name of that person, who said he ran a market in New Jersey, but later learned that the person was a trader in Ankara Samanpazarı. Bezci also stated that “Gökçek interfered in the elections held at the ATO in 2013” and said the following in his statement: “Before the 2013 ATO elections, Melih Gökçek said:” If you build a bedroom in the name of FETÖ, I will guarantee his new presidential term ‘. I asked him how much this bedroom would cost. He said it was around 30 million TL. I said, “Instead of giving so much money, I will make 1,000 new members to the ATO from 1,000 TL, and my grandchildren will have the presidency guaranteed” and that issue was closed. I was a candidate in the ATO presidential election in 2013. Gökçek influenced ATO members as he was the mayor of the Ankara metropolitan municipality. He insisted that he would act together with Ayhan Atalay and his team, who were permanently under FETO’s control in the elections. “

In his statement, Bezci also stated that Gökçek continued to insist, “The elders of the state gave instructions in this way” and described the events that took place afterwards with the following expressions: “However , I don’t know if the elders of the state gave this instruction.One day before the election, Gökçek invited me, Rıfat Hisarcıklıoğlu, Mustafa Kaya, Ayhan Atalay and a few other people to the office. Ayhan Atalay for the election and told me that he was the president of the ATO.We could not agree.He called us again at 23:00 the same evening.He told us that the elders of the state they wanted me that way and insisted that I enter the election as a presidential candidate and that Ayhan Atalay should support me.He gave me a list of names for the board.He said that you will bring seven people from ‘this list to the address and the other three names will be determined by me’.

“THE INTENT TO KNOW”

Defending that Gökçek was forced to resign because he removed Faruk Özden Oğultürk from the list he had been given, Bezci also noted that Gökçek “was trying to take over the leadership of the ATO to do his own business.” . Explaining that Gökçek “managed his own affairs using the names of the elders of the state,” Bezci said, “I did not resign until I received the mandate. After receiving it, Gökçek sent me his sons Osman. Gökçek and Serhun Günay and he asked me to resign, I did not, but later, when I resigned just after my election process, I realized that the members of the board affiliated to FETO unanimously wanted to make Ayhan Atalay the president of the board of directors. When it began on 17/25 December, Atalay and members of parliament who supported him fled abroad. “

Bezci’s statement states that Ayhan Atalay is “Imam ATO of FETO”. Atalay escaped abroad after the December 17/25 trial began. Serhun Günay, mentioned in the statement, participated in the management of Ankaragücü in 2010 with Gökçek’s sons Ahmet Gökçek and Ayhan Atalay. Faruk Özden Oğultürk is also known to own Oğultürk İnşaat.