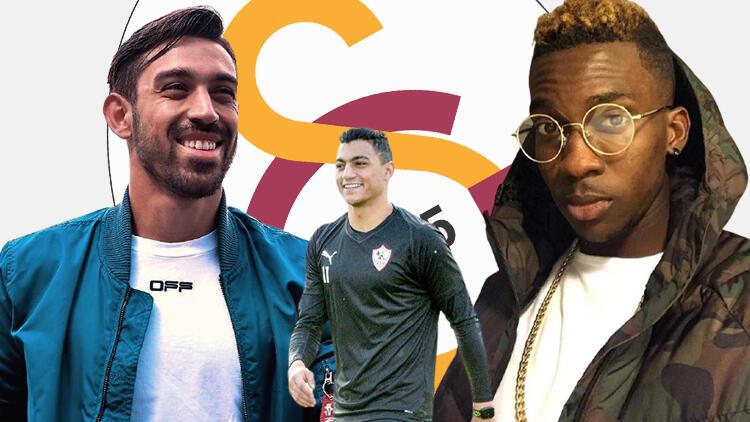 Onyekuru: offer of 20% options and 4.5 million euros in Monaco, which wants 50% of the forced purchase and the next sale …

İrfan Can: The goal is to finish the job with 4-4.5 million euros in January + extra payment in May. President Cengiz is in the big press.

G. Saray increased his contacts with Henry Onyekuru, İrfan Can Kahveci and Mostafa Mohamed, to whom Fatih Terim explicitly requested his transfer.

Monaco approved the free lease for Onyekuru with a mandatory purchase requirement of 5.5 million euros and 50% of the next transfer.

Cimbom, on the other hand, offered 20% of his next transfer and, at the end of the season, deactivated the “mandatory” option and offered an option item of 4.5 million euros. Now management has accelerated negotiations with Monaco to persuade the plan. It was even claimed that Onyekuru rented an apartment on Koru Florya’s website and resumed her job as a caretaker for her son last year.

They want to reduce the risk to Mohamed

G. Saray aims to transfer the 23-year-old football player with minimal risk. The reason is that Mohamed has no experience in his career outside of Egypt. Due to the lack of European experience and question marks in the adaptation and adaptation process, Galatasaray is trying to convince the Zamalek club of rental formulas instead of buying the Egyptian player with witnesses. The Yellow Reds offered $ 1.5 million in lease for 1.5 years and a $ 4 million buyout option in May 2022. The Egyptian club, which is demanding $ 6 million, is trying to convince itself with this formula.

For the transfer of İrfan Can Kahveci, whom Fatih Terim especially wanted, Mustafa Cengiz, the head of the yellow-reds, is in a busy meeting traffic with the president of Başakşehir, Göksel Gümüşdağ.

Galatasaray has knocked on the door of the orange navy with different payment formulas in order to recruit the national player to its roster. The main plan is to make a payment of 4-4.5 million euros in January, make another payment at the end of the season without breaching UEFA’s conditions and convince his club to offer Başakşehir a share of the next sale. of İrfan Can.

Although Başakşehir did not close the door on his player who had a big participation in the championship last season, İrfan Can, who wanted to play for Galatasaray, announced that his father wanted to continue his career in the yellow team. red.