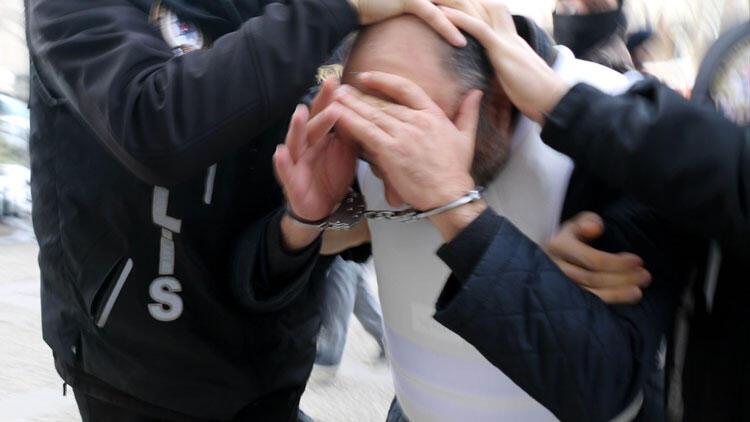 In Erzurum, 1 tonne of 535 kilograms of heroin, which is the largest number of heroin trapped in a single operation in the history of the Republic, was detained in the operation where it seized L & Heroin and, supposedly, "baron drug."

As a result of the studies carried out in the field of the fight against drugs by the teams of the Anti-narcotic Crime Section of the Provincial Security Directorate, on January 24, at the Aşkale Police Application Track at the Erzurum-Erzincan highway, Ş.D. 1 ton 535 kilograms of heroin confiscated in the truck was detained, the head of the M.Z.F network in the police operations were completed.

He was sent to the court after the health check in the hospital.

The suspects who were brought to court under police security measures with armored vehicles were taken to the prosecution.

On January 24, in Erzurum, departing from Iran and passing from the gate of the Gürbulak border. The police stopped the police on the Erzurum-Erzincan highway at the point of the Aşkale police application.

A ton of 535 kilograms of heroin confiscated among the marble stones used in iron and iron construction was captured in 17 bags in the truck. Truck driver Ş.D. he had been detained.

The police teams, who captured the captured drugs from the truck and loaded them in a truck, continued the operation to catch the other members of the network.

The teams took the truck in question to the meeting point in Istanbul.

In Istanbul, the organizers arrive at the meeting point considering that they will take the drugs and they will deliver them. and H.K. from the international airport Sabiha Gökçen to Germany to escape from the M.Z.F. he was also detained.

The special team formed by the Erzurum police and three suspects who were captured by the teams of offices of anti-narcotics offices in Istanbul were taken to Erzurum by a private aircraft assigned by the Ministry of Internal Affairs.

The organizers were sent to the court after the police formalities were completed. and H.K with the truck driver Ş.D. He was arrested for "making and trading drugs" under the judge's ruling.

Of the suspects in the calls of the vehicle in S.O. $ 27 thousand 800 and 100 euros were assessed as income from crimes.

Mesut Özil clash in Fenerbahçe! These are the matches you will miss