Last viewed Due to the fog, a large number of vehicles take part: dead and injured 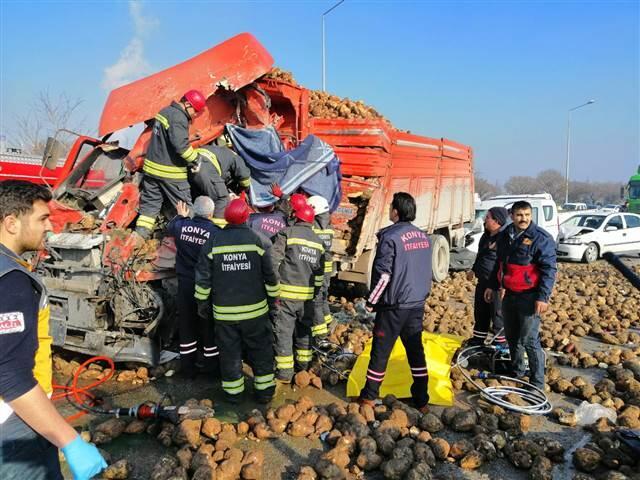 1 person died and 7 people were injured in three separate traffic collisions in Konya due to the strong fog.

According to the information received, the central district of Karatay from Ankara Street due to the fog, there were brief time intervals of at least 25 vehicles involved in three traffic accidents in the chain. After the notification of the streets, the police, the health and the fire crews referred to the accident points. Accidents, according to the first determination of a person, killed 7 people injured by 112 emergency services teams were removed from several hospitals in the city.

One of the accidents at 10:00 am on the road to the Konya-Ankara highway in front of the organized industrial private site was carried out on a double road. On the road that the fog was effective, 10 vehicles, including trucks, were involved.

1 person lost their lives in the chaining accident, said a large number of injured people. After the notification of accidents, many health and rescue teams referred to the scene.

Ahmet Aslan, one of the drivers involved in the accident, said that the fog on Ankara Street caused an accident.
In the morning to go to work on the road over Leon, "we went to the swing at once. There was an accident. We ended up with the next truck in the difference that we saw. We survived without wounds." he said.

The road and traffic equipment continue the works of opening and cleaning of roads.