President Erdogan: There is no such thing as the north-south of Cyprus 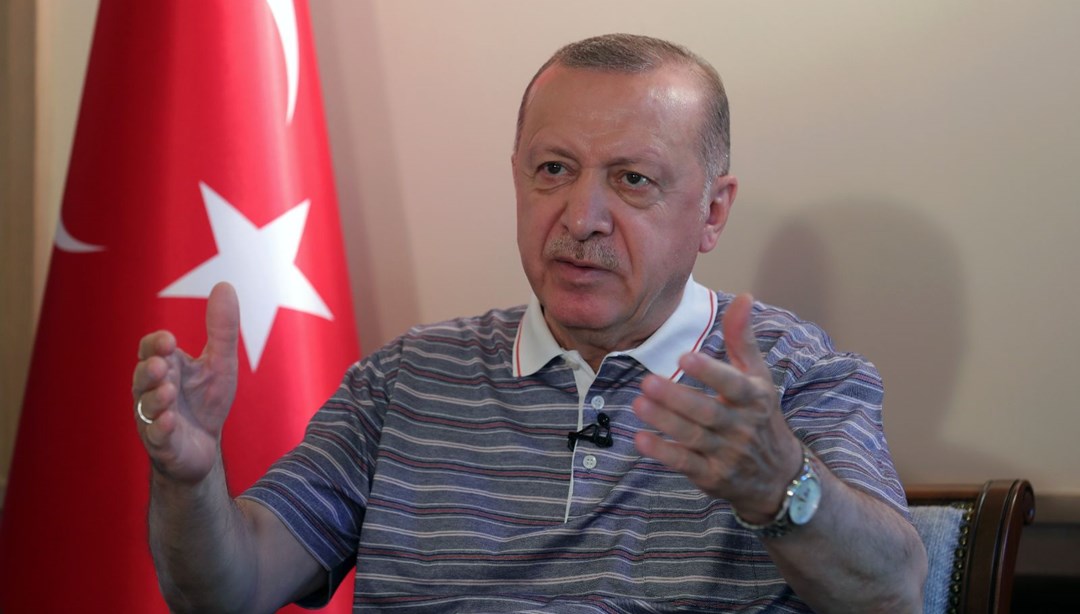 AK President and President Recep Tayyip Erdoğan spoke on the festive occasion with the organization of the 81-party AK Party, organized by videoconference.

Beginning his speech celebrating the party of party members, President Erdoğan said last year’s holiday and this year’s Eid al-Fitr were sad due to the epidemic measures.

“After a break of about 1.5 years, we enjoy this holiday observing the rules of cleanliness, mask and distance. Although the epidemic has increased with new variants in several countries, Turkey has not yet fallen into the threat of that threat “.

“MANY WINDOWS OF OPPORTUNITY HAVE OPENED”

Claiming that the epidemic can be prevented by spreading vaccination and following the rules of cleanliness, mask and distance, Erdoğan continued as follows:

“I hope that you, our members of the organization, are pioneers and examples of our nation and that you encourage the people. As I always say, the epidemic process has opened up many opportunities for our country, as well as the problems and costs. which has caused. We are now in the phase of implementing these opportunities. Industrial production is very good. Our trade is reviving, our exports are breaking record after record, the tourism sector is constantly increasing its targets. “

“THE EDUCATED FORM OF WORK IS IN BLACK STOCK”

Affirming that the most important complaint from investors is the inability to find machinery to increase capacity, raw materials to produce and containers to transport, Erdoğan said: “There are continuous efforts to expand and open new ones, since there is no space in the organization industrial zones “.

Noting that all these developments had a positive impact on employment, President Erdoğan said:

“The need for skilled and unskilled personnel in many sectors has reached its peak. The workforce, especially trained in certain fields, has fallen almost to the black market. We are making an intense effort with all our institutions to use the human resources of our country, especially our youth, in the most efficient way.Without realizing it, the omens continue to say the opposite.Although they are trying to make a dark picture, we are moving towards our 2023 goals with determination.

“WE WILL REACH VICTORY IN THE NEXT PROCESS”

With each step we take on this path, we undo one by one the obstacles we encounter, the traps we face and the dirty scenarios written on our backs. In our country, dreams of resurrecting tutelage, attempts to usurp the will of the nation with the coup, and efforts to reclaim the gains we have made in democracy and the economy are also futile. Our nation has revealed its decision and stance on this issue on July 15, leaving no doubt. Like every fight we have won together with our nation, I hope that together we lead this process to victory. “

Erdoğan also referred to his visit to the Turkish Republic of Northern Cyprus (TRNC). Noting that the visit is important in many ways, Erdoğan said: “As you know, our Turkish Cypriot brothers have given their answer to those who have been deceiving themselves with false promises, lies and hypocrisies for years, with a new decision that goes “Now the only demand of Turkish Cypriots on the table in international negotiations is the recognition of their sovereign status. All other offers have expired,” he said.

“NO WORDS TO SAY”

President Erdoğan stated that those who persistently support the Greek Cypriot side and Greece despite their refusal to all their promises, turning their backs on the agreements and their shyness that ignores Turkish society, no longer have anything to say on this issue. and they said:

“If you want to refresh your memory, it was the Greek Cypriots who committed all kinds of injustice, illegality and humiliation to the Turkish Cypriots since 1963, including the massacre. Those who said ‘no’ to all initiatives , including the Annan plan, initiated by the United Nations, for a state formula in which both parties were represented on the island.They were the Greeks again.Despite the goodwill of Turkey, it was the Greeks who worked against us in all matters relating to the Turkish Cypriots and our country the European Union “.

“WE SUPPORT THE NEW PROPOSAL FOR SOLUTION”

Recalling that it was the Greeks who avoided the table in Crans Montana, Erdoğan said: “The Greeks only wanted the wealth of the island and all the opportunities for them and continued to see the Turkish Cypriots as a minority.” We have no reason to continue this vicious circle. We fully support the proposal of our Turkish Cypriot brothers for a new solution based on the sovereign state, “he said.

Erdogan said, “There is no longer anything like Northern Cyprus or Southern Cyprus for us” and continued as follows: