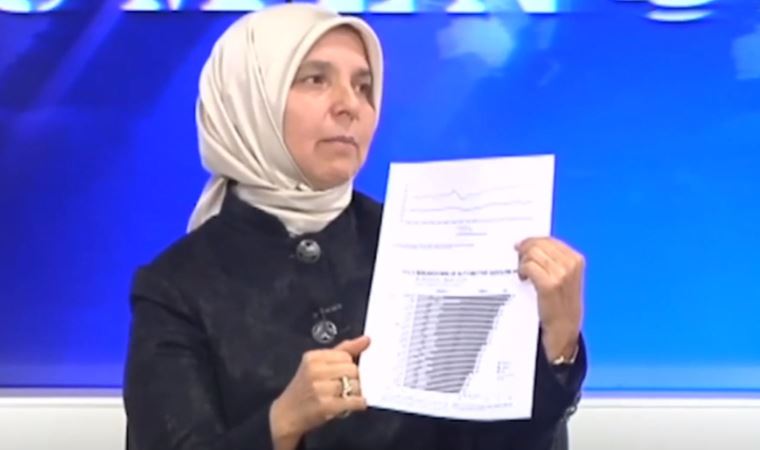 The 25th and 26th term AKP Konya, Deputy Dr. Hüsnüye Erdoğan answered questions from journalists Mücahit Enes Turbil and Emre Özgül. While making assessments about the economy, Erdogan argued that there has been no rise in natural gas, electricity and fuel oil as much as the opposition has grown and manifested steadily.

“THE MINI MINI TIME HAS ARRIVED”

“There is no such expensive petrol in Turkey. The opposition is very busy.” Erdogan said, “Citizens are right to complain, but the AKP and Erdogan will solve their problems,” Erdogan said.

“Last year, the unit price of natural gas was 1.99, now it’s 2.33. Natural gas has risen, but it’s come in a small measure. Look at Europe, England, etc. The price has increased 3 times in the Netherlands., Sweden.Electricity prices are also the lowest.Less in Turkey.Prices are double in European countries.Turkey took place in the category of winners during the pandemic process “The best example of this is the growth figures. Brother Yahu, we are a growing country. I think the opposition inflated the rise in natural gas and electricity. Whatever the contribution, you will have some thought.” When the ball reaches the goalkeeper, it softens a little with the chest, the government does exactly the same Now I know the compassion, the mercy, the love of our president for our nation, the devotion, the love … the ball and softens it a little on the chest. When it becomes incapable of carrying it, it necessarily reflects the load. “

“EVERY WEEK EVERYTHING APPEARS?”

Expressing that he witnessed the rise in prices every week while shopping, the former AKP MP said: “Is there a weekly increase for everything? It makes no sense to blame all the sellers, but if “Some of them are opportunists at this point. I would like to warn them here too and ask them to come to mercy. We do not do it ourselves. They will suffer. They are already making our people suffer by carrying them.” of the rising market Prices are the stakeholders On the other hand, there are difficulties, pushes and price increases caused by the pandemic.This is also a fact, but there is one that is reasonable and unreasonable. “I mean, does the price of rice and bulgur change every week? I go to the market, I see that sometimes they walk with tags in their hands. I think they are embarrassing. They are unjust to this beloved nation. We are all on this ship. If we sink, they will all sink, “he said.