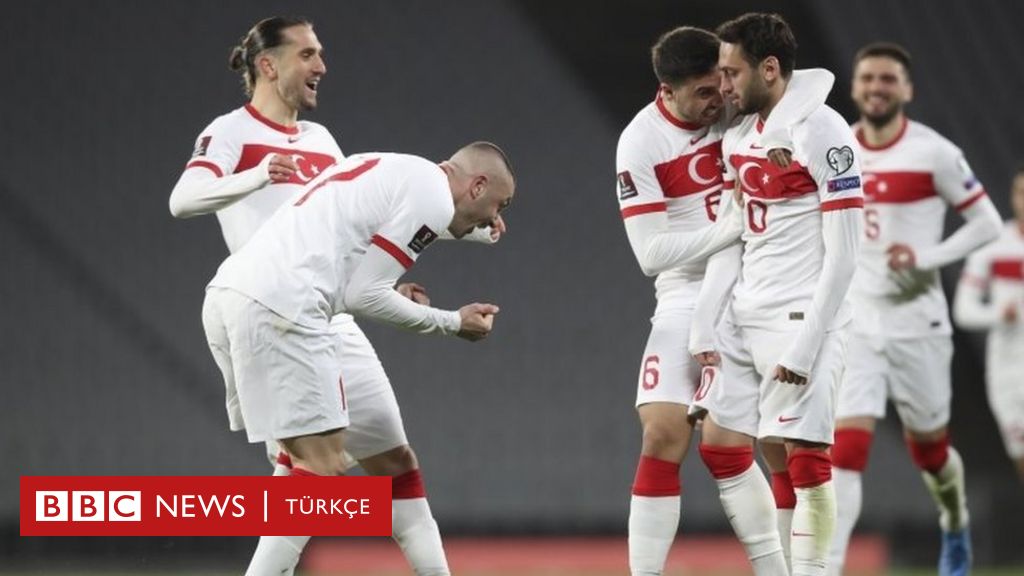 The qualifying group for the 2022 World Cup in Turkey in the Netherlands had a big impact on the 4-2 defeat in the first match. The Dutch press wrote that Burak Yilmaz, 35, destroyed the hopes of the Netherlands.

Burak Yilmaz, who scored three goals in a match with the Dutch national team, was commented that Cristiano Ronaldo was “dethroned”.

The defeat in Istanbul opened the debate on the future of Dutch national team coach Frank de Boer.

The Dutch national team, which was looking for a new start after former Galatasaray star Frank de Boer took over, was unable to reach the desired level. For this reason, Turkey is the first rival in the World Cup qualifiers, it has caused tension in the Netherlands.

On September 6, 2015, the qualifiers for the European Championship were beaten 3-0 by Turkey in Konya, a trauma still for the Netherlands. The Dutch national team, which was unable to take part in the 2016 European Championship in France due to this defeat, went to Istanbul with this discomfort.

The Dutch football crowd thought that the Turkish national team, under the direction of Şenol Güneş, who had not lost their last five games, was one step ahead of the Netherlands, who could not reflect what they wanted on the field with Frank de Boer.

Dutch media in general, and Turkey’s defeat will take place against two strong opponents like Norway, in 2022 in hopes of reducing the heaviness of the championship that will be played in Qatar to enter the water.

However, the Turkish team, which scored two goals in the first half at the Atatürk Olympic Stadium, justified the concerns of the Dutch public. Bart van Merwijk, the former coach who took the Netherlands to second place in the world, claimed in the Twitter message he shared in the middle of the match that the orange team destroyed their hopes of going to Qatar with the football that they played.

“The boycott of the World Cup, which all virtuous people wanted, took place in the first half hour with football played by the Netherlands,” the Dutch coach said.

The match of the Netherlands broadcast live TV commentators Rafael van der Vaart and Pierre van Hooijdonk to the orange team, he said it was quite ineffective in the first half of a match against Turkey.

“I said from the beginning that it would be a difficult night,” said van Hooijdonk, a former Fenerbahce player who knew Istanbul and Turkish football closely.

The match ended 2-0 with goals from Burak Yilmaz in the first half, and the start of the second half with a goal dropped hopes for the Netherlands.

Dutch Television (NOS), which broadcast the match live on video and on the Internet, commented: “The orange code turns red in Istanbul. The Turks start the second half with the third goal.”

In the Netherlands, in case of natural disasters, the code orange is used before an emergency and the red one in cases of emergency. Dutch Television used this negative analogy for the World Cup qualifiers.

Although Turkey’s moments of hope recovered with two goals in two minutes won the Netherlands, Burak Yilmaz himself scored from the free kick the third and fourth goal of the team, but he had no such hopes.

NOS, Turkey-Netherlands match, “Burak Yilmaz is the match,” Turkish players said, stressing that it destroyed workers’ hopes of returning to two goals for the Netherlands.

of the country’s leading newspaper De Telegraaf, “disastrous night of the Netherlands in Turkey for the national team,” the headline was used. The newspaper wrote that the first encounter on the road to Qatar was disastrous for the Netherlands.

The Dutch media used the headlines “Fiasco”, “Tears in Istanbul”, “Deep Disappointment” and “Coup” for the meeting.

The Dutch media, claiming that the national team “started with a dramatic result” in the World Cup qualifiers, highlighted the words of the Boer coach: “This is a disappointing result.”

The Dutch coach, who said his team made too many mistakes, rated the result as “terrible”.

The second group match of the Netherlands against Latvia on Saturday will in a sense be a test for Boer.