Up to 14 percent raise – calendar 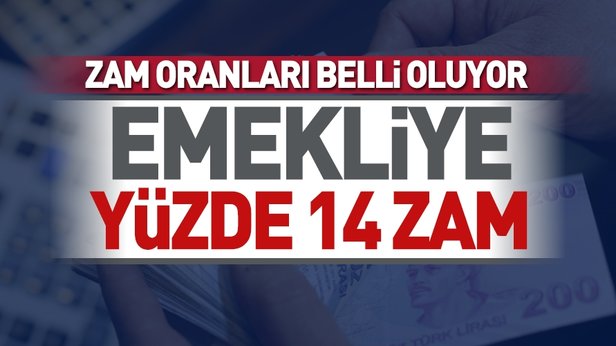 pension January moves. Inflation realized in the second six-month period from 2018; SSK and Bag- Kur retired the growth rate of civil servants and civil servants 4 percent next to the increase inflation difference It will show. Inflation from July to October percentage 12:26 held. It remains 2 data. However, estimates give traces. Central BankHe published the results of the November expectations survey. Expected CPI inflation in the previous research period 24.22 percent while in this research period 24.45% That was. According to this forecast, in the second six-month inflation since 2018 13.99 percent may appear.

Exact rate of increase November i December inflation will appear with the data. Officers and pensioners, December 3 carry inflation Learn the rates. The increase will be reflected in salaries in the same month. SSK and Bagur pensioners and civil servants put their new wages on their pockets on the day of payment. The retirement of pensioners will be paid in the period from January 1 to 5, as inflation data are expected. Zams as you will get. The time difference will be attributed to the accounts on the day that will be posted during the month.

According to research on new expectations; state employees and civil servants in January, 10.49 percent of the inflation differential and 4 percent of the collective agreement with 14.49 percent.