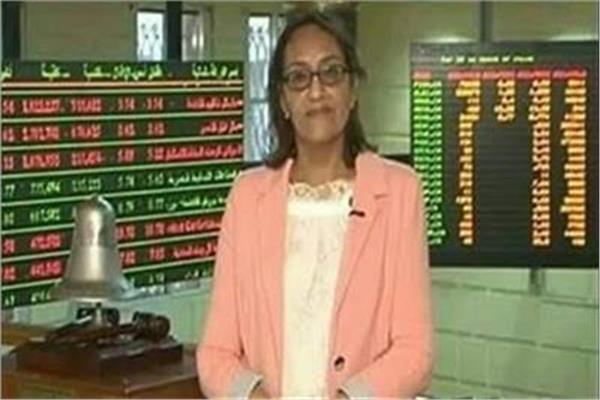 Hanan Ramses, an expert on financial markets, said that between a strong and distinguished performance in the Arab markets, led by the Kingdom of Saudi Arabia, and affected by the crises of the east and west, in terms of action of Evergrande, the Chinese real estate development giant.

And he continued: The West, with what the United States had raised about the possibility of closing some activities to curb inflation and rising debt, the Gulf markets reacted to these facts.

As for the Egyptian market, it remains a secret due to the lack of resolution of the capital gains tax controversy, which, since the announcement of its brochure, has interacted negatively with indicators and trading.

Hanan Ramses, an expert on financial markets, reviewed the performance of Arab stock markets over the past week

The trading volume on the Saudi stock market reached 966.7 million shares, worth 39.4 billion rials, through the implementation of 2.1 million transactions, and the market capitalization gained 235.3 billion rials, to close at 10.306 trillion Saudi rials.

Eight sectors of the Saudi stock market increased, led by banks by 4.33%, followed by the energy sector by 2.32%, while the communications sector decreased by 3.32% and then the basic materials sector. 2.09%.

During last week’s sessions, Muscat’s overall market index rose 0.5%, gaining 19.68 points, to close at 3962.18 points. The trading volume amounted to 22.5 million shares, with a value of 5.35 million rials, and the market capitalization profit 64.3 million rials to reach the level of 22.067 million rials.

Trading volume during the week’s trading reached about 2.5 billion shares, worth 264.1 million Kuwaiti dinars, through the implementation of 72.1 thousand transactions.

Hanan Ramses, an expert in financial markets, expected the continuation of the accidental behavior of the indices with the presence of buying points in the stocks based on their low prices, to reach the support points again due to the fast business and the lack of demand for the formation of deep buying positions with the lack of negotiation by individuals and low trading values, to decide the capital gains tax, which is considered the deepest influence on the reluctance of dealers to negotiate, to more than stopping some dealer codes and some share cancellation operations, which caused confusion for dealers and transactions

Read also..Details of the weekly harvest of the Ministry of International Cooperation | Video