HH Sheikh Hamdan bin Mohammed bin Rashid Al Maktoum, Dubai's heir prince, President of the Executive Board, attended yesterday for the launch of adult races for the Prince of Deputation's Cup of Dubai for his production at the age of the year and at the end of the hijab for the children of the tribes. Sheikh Mohammed bin Rashid bin Mohammed bin Rashid Al Maktoum, who crowned the winners with the presence of Ali Bin Saroud, executive director of the Dubai Camel Racing Club. The challenges were strong and fun among the various slogans that tried to pick up the Crown Prince of Dubai and the dagger production, and achieved "Shawahin" in the gift of Salem Hamad n The prize was awarded to Mohammed Al Hazmi Al Ameri and Saifah for a cash prize of 800,000 dirhams, followed by Al-Nashla for Muzaffar Mohammed Al Ameri Al-Adham did not disappoint the people who named him to collect the open dagger for production. He managed to give Mubarak Khalifa Bin Zahra al-Khaili the precious symbol reaching the goal at 12:55 and winning the 800,000 prize. AED, then came "Shaheen" to Ali Saleh Al-Humeiri second, with a prize of 600 thousand dirhams, and then "Mbkhot" by Salem Daif al-Kutbi, third party, the 400 thousand-son prize.

The rest of the races

The rest of the afternoon, where each winner won a four-wheeled car, he won "Zurich" for Saeed Jaber Abdullah, the third third of the local local season at 12: 26: 9 minutes, and won The "Smaha" by Salem Rashid Al-Marri, The fourth for the second time, Mahjnat, at 12: 37: 2 minutes, got the "cautious" by Saeed Ahmed bin Hilwa Kutbi, the title of the fifth half of the Zamil local , at 12:43:50 a.m., and received Saud Saad Abdul Hadi Al Marri, at 12: 48: 7 minutes, and "Shatha" for my father Mohammed Rashid Al-Ghafli, title of the seventh Half of the local localities, at 12:41:50 minutes.

In the morning, there were 16 stages for the season and the season, 10 of which were devoted to production. The first prize was the Nissan, Nissan Safari, Cruise pickup and cash prizes for the centers of 2 to 10, Contests and candies and pastries, and the cash prizes for the owners of centers from the first to tenth.

Al-Khaibi dominated the first half of the first half of the local production season at 12:40:40, and it was the best time in all the challenges in the morning. In the second game, he recorded a time of 12: 46: 5 minutes and won the "fight of local localities" in the third production of "Manawar" and gave Mubarak Mohammed Al-Salemin Mansouri, the law , at 1:00 p.m. to 5 minutes, The one who was dedicated to the mummification of the pastries, has been at the helm of Salem Rashid Hamad Rizini Neyadi's "terrifying" in a time of 12: 54: 6 minutes. 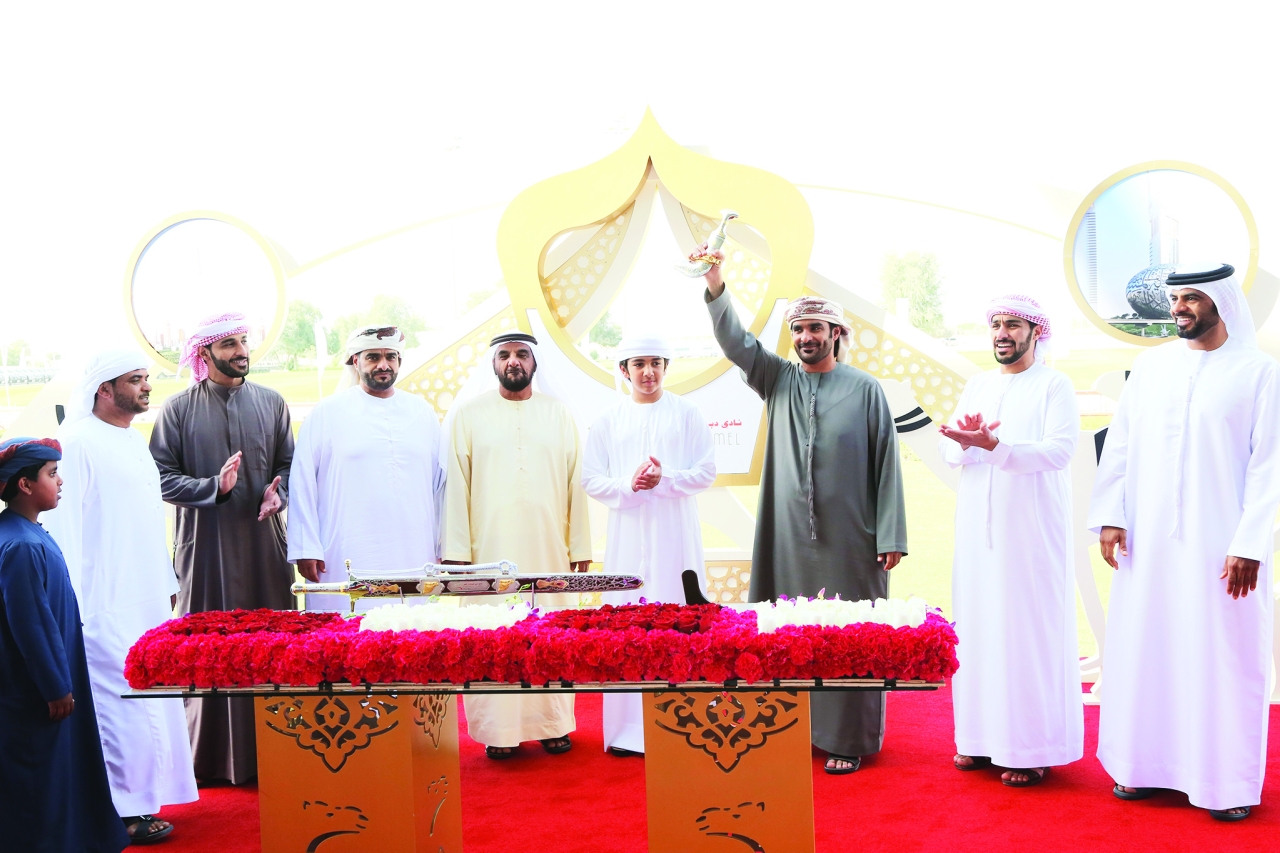 On the other hand, the intensive preparation of the Cultural Tourism Center Hamdan Bin Mohammed, in cooperation with the Dubai Camel Racing Club, began organizing the National Day Marathon Camel, the fourth edition to be held tomorrow at the # 39; Al Marmoum Camel Racing, along with the Sheikh Hamdan Bin Festival Bin Mohammed Bin Rashid Al Maktoum Prince of Dubai, by authentic Arab camel.

The annual festival is dedicated to the promotion of the identity of the UAE and a reminder of the cultural heritage of the country. The marathon lasts 11 kilometers and only citizens of the UAE are required to participate. The participant must have at least 15 years of age. , For children under 18 years of age.

Each contestant must wear a helmet and protective clothing during the race, and be bound by a national marathon uniform, wearing white pants used under uniform.

Participants are prohibited from using electrical shock and stimulants in accordance with the laws of Camel Racing, and the type of "Sudanese" camel will not be allowed. The organizing committee will have the right to exclude and withdraw the prize from any other participant.

Suad Ibrahim Darwish, director of the tournament management at the Hamdan Bin Mohammed Center for Cultural Heritage, stressed the importance of highlighting popular celebration events in all national and heritage events held by the state, noting that the incorporation of the national marathon of camels to the list of competitions organized by Hamdan bin Mohammed Center The heritage aims to attract and empower young emirates to adhere to one of the most important elements of the country's heritage through the assembly of camels , parenting and sustainability, as one of the most important symbols of the Bedouin life.