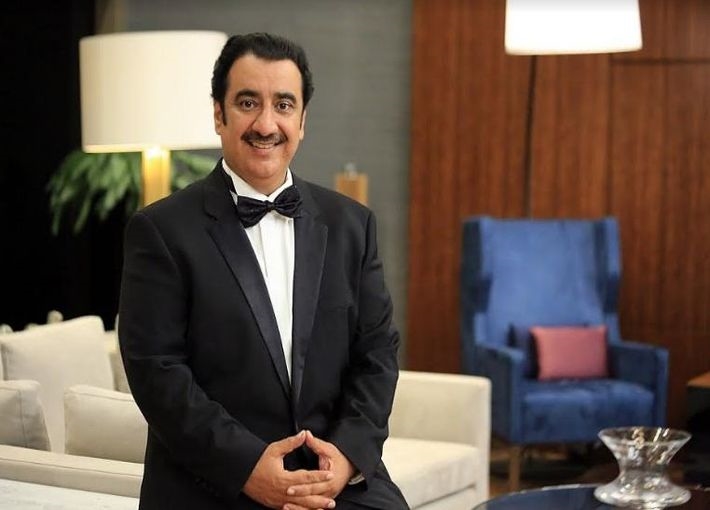 Saudi artist Hassan Asiri starred in Ramadan 2021 during his appearance on the “Ramez Aqil Flew” show, in a different experience, which viewers loved.

Hassan Asiri took on the task of presenting the first paragraph of the program, which consists of receiving the guest and accompanying him on a tour of Riyadh’s “Buzz Land” theme park, with some funny jokes.

We propose to you – Mona Zaki: Ahmed Helmy agreed with Ramez Jalal Alia and may God find me

FilFan.com spoke with producer and actor Hassan Asiri, and we maintained that dialogue.

How did you coordinate to participate in the “Ramiz Akle Flar” program?

My partner Ramez and the production team got in touch with me and this came about after the friendship that arose between us since I participated as a guest at Ramadan 2020.

What is your favorite part of the program paragraph? And in the program in general?
“Paint Ball” with laughter.

You were a guest on the “Ramiz Majnoun Official” program. In your opinion, which of the two is the more difficult?
When I participated in Ramadan 2020, I fell victim to cleverly orchestrated planning, but in “Ramiz blew his mind” I am a guest hunter, the situation is completely different. This year, guests faced new formats and challenges.

Have you ever considered jumping into the “Hop-Drop” game behind the scenes of the show’s filming?
To be honest, no, Ramez tried it more than once with him, but I was scared.

You always tell the guest of the episode that it’s special and better than the one I met, what are your favorite guests on the show?
This is a way to deceive, deceive the guest and put him to sleep mentally, and I really liked Wizo, Mohamed Heneidy and Mohamed Abdel Rahman.

Did any of the guests get mad at you after learning that you were taking him for a joke?
My partner Reem Abdullah from Saudi Arabia was very upset, but a week later I realized it was nothing more than entertainment.

Aside from the guests in the episodes, who was the artist who wanted to be captured in the joke?
Ahmed Helmy and Habib Al-Habib.

From your point of view as a producer, what is the secret of the connection between the audience and prank programs during Ramadan?
It has become an essential form of Ramadan programs, and here we must remember with great love the late Ibrahim Nasr, who recovered his programs on YouTube and enjoyed his great intelligence and genius of the preparation team that was with him.

How do you see the idea of ​​showing exclusive series on online platforms? Will TV dramas regain their competitiveness by presenting series of short chapters?

The world is changing and the viewing styles are also changing, there is no time to watch series like in the programming of the hours of television broadcast and people have learned to define what and when to see the works, it is the real revolution in the world of viewing.

Electronic platforms also offered options to watch them, without ads and at affordable prices. This revolution has caused people to fund production by paying their monthly subscriptions, as if everyone is funding for the sake of visualization, and this will impose excellent platform conditions.

Will the technical and regulatory standards of the series industry change after switching to the paid display service?

The solution lies in the age classification policies, according to which each work determines which category is allowed to visualize the work, for fear of acts of blood and terror, for example, but I think a fair and logical modesty that is compatible with smart and innocent entertainment being the basis and continuing.

There have been many projects in Egypt, what is the most outstanding project you are proud of?

The series “King Farouk” was an expression of my love for Egypt and the history of Egypt. It took me a long time to write with Mrs. Lamis Jaber, with the late director Hatem Ali and with the late producer Ismail Kutkut, who was able to really stick to the standards we agreed on in the production plan.

My goal was for the Farouk series to become a real turning point in the history of the productive industry in Egypt, and I think it achieved what it had envisioned.

“Video Blogger” is the latest run in the 2021 Ramadan drama

The “will” … Nelly Karim’s trick to go back in time

Asma Jalal in “Fi El Fan”: I did not expect the reaction of the public in “Free yourself from Zizi”.

# Fashion Police: Never Omar in a red dress badge in “The Divine”