NASA uses AI to take better photographs of the sun 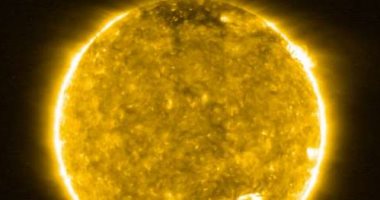 NASA uses a type of AI that is machine learning in solar telescopes, including the Solar Dynamics Observatory (SDO), which was launched in 2010, and the Atmospheric Image Collector (AIA), a tool for image constantly looking at the sun.

According to the British Daily Mail, this allows the agency to take unprecedented images of the celestial giant, while reducing the effects of sun particles and “intense sunlight”, which begins to degrade the lenses and sensors over time.

Scientists used to use small rockets that carried few instruments and made 15-minute trips into space to calibrate telescopes, and scientists had to come up with a new way to calibrate the telescope.

“It is also important for deep space missions, which will not have the option of calibration rockets,” said in a statement Dr. Luis dos Santos, heliophysicist at NASA’s Goddard Space Flight Center and lead researcher on the ‘study.

The scientists trained the algorithm to understand the solar structure and compare it with the data by providing images of rocket flights and indicating the correct amount of calibration needed.

The algorithm knew the amount of calibration needed for each image once enough data was fed; In addition, he was also able to compare different structures across various wavelengths of light, such as a solar flare.

The researchers also said their approach could be adapted to other images or special instruments that work at other wavelengths.

Wrestling News: An Exciting Message from a Wrestling Legend About the Young WWE Superstar