Social flashpoints .. in the Arab world 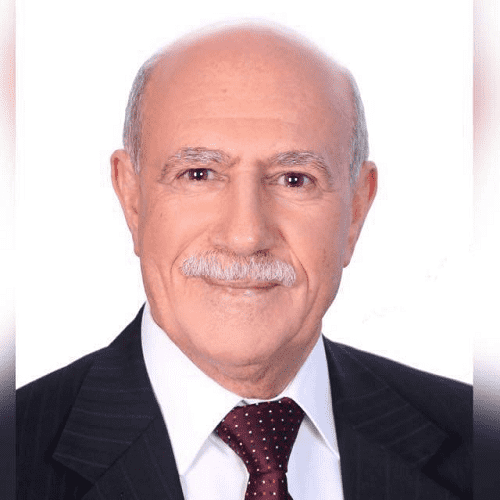 All countries in the Arab world suffer, suffer, and face many dilemmas that are difficult to enumerate, identify, and predict their emergence, because we are the object of ourselves and we are not actors. We are always in the role of or at least its effects.

We lose sight of three reasons why we suffer, the first of which is: – The constant cursing and hateful foreign orientation. And the second: what colonialism has left us is a terrible legacy and is represented in the creation of internal social flash points and with neighboring Arab or non-Arab countries. And the third: the exploitation of the regimes of the flash points that colonialism created, fabricated and created.

The damn and hateful colonialism created points of inflammation that necrosis the structure of society and weaken it, causing sensitivity between: north and south, east and west, Christians and Muslims, Sunnis and Shiites … etc. He forgets that we are all strangers to these homelands, that we came from various lands to this homeland, specifically Jordan, and that the original owners of the land, who have roots in it, are pure Arab Christians, and therefore all we are immigrants, and they are the Ansar. The colonizer also left flash points between the countries represented in the lack of a specific and clear demarcation of borders, as well as in the distribution of water, and also the unjust division caused the division of tribal fever. , which led to the division of cousins. From a tribe between four countries and maybe more.

Keep in mind that, in most cases, people relate to each other on an individual or family level without discrimination and make friends, get along well, share, treat, cooperate, share life, and adjust without disturbing the relationship between individuals and families, while we eat each other in our closed sessions. I see this behavior as a betrayal of the homeland, because it affects their national unity.

In the recent period, it has been seen that several people have made many bold, non-innocent claims that touch on the taboos and axioms of society, that the public was surprised and considered them out of the ordinary, because they are unusual. People were divided about it and society was almost split, because its critics crossed borders that touched social components that have no elegance or phrases. And I see that this popular reaction has served them and achieved their goals, because their motives are limited to the love of showing up by proposing what is unfamiliar and it is useless to present it. But if their statements have gone beyond their personalities and are nothing more than tools to bring out test balloons for the goals of internal or external parties, then those parties have achieved their goal and the comments have reached them. In addition, the statements of some of them are empty, because the simple presentation of them expresses naivety to which they resort for a purpose, which is the love of appearance and the lack of common sense of some of them. ‘they. Don’t be fooled by certificates, as many people limit themselves in their creativity exclusively to their specialization and are unaware of many other matters in life.

I see that what happened in terms of outcry and proposals that touch on high values ​​is impossible to be an innocent proposal to the point of naivety, or to happen by chance, because countries are not managed by chance. How do you know its purpose is to distract people from going through a big issue? Directing public opinion, removing it, calming it, or diverting it from its right path is considered a complex and independent science.

With all the grief and pain, Arab societies have accepted and coexisted with the restlessness, conflicts and tensions caused by societies and their spread is reinforced by the lack of transparency, credibility and justice in these countries. Don’t be fooled by those who show up and issue controversial opinions. Either they are tools for certain parties, or they like to appear, even in a negative way, or in opposition to the values ​​of society, or they are characterized by recklessness, recklessness and breach of society’s controls. We have, surround and surround ourselves with the most dangerous and difficult insofar as it affects the homeland in its existence. Despite the poor and poor quality of what was aired, I think the most important thing is to be aware of the dangerous arrival and leave the little one and watch the dangerous.

The social focal points of our Arab countries have weakened their national unity because we do not believe in freedom, equality, justice, respect for other opinions and acceptance of difference. And because our regimes are unfair and most are unpatriotic and their survival depends on adherence to the British colonial approach that follows the rule (divide and rule), it has played on all the strings of dissonance, so that everyone is alienated from everyone. , does not recognize the other and does not believe in true citizenship. There are many examples of this in what happened and is happening now in several Arab countries. What is even worse is our double standards as regimes and peoples.

Our Arab societies remind me of the eternal fire in the Kirkuk region of Greater Iraq, as the land is saturated with oil and gas. As soon as the sticks are rubbed with the ground several times, the fire is ignited in the friction zone, and the fire continues to burn and never goes out, so it is called eternal fire. May God reward you, homeland, for the citizens who died in your eyes while they were alive. And I end with a verse by the poet / Salah Abdulaziz Al-Haqish, where he says: –