Sorry and confession .. Why did Pogba apologize after Liverpool’s match against Manchester United? 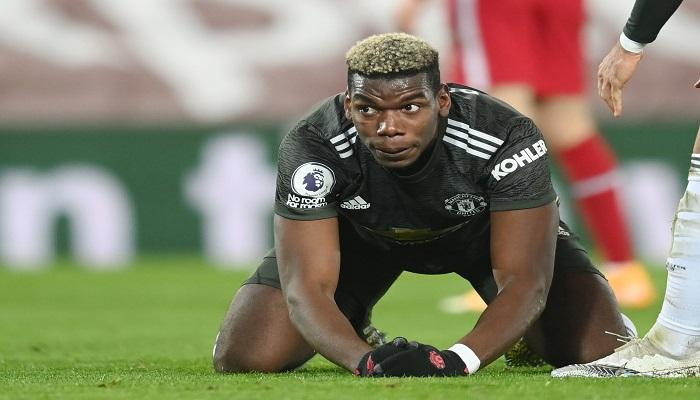 Manchester United midfielder Paul Pogba feels sorry for what happened to him during the Liverpool game.

The result of a goalless draw imposed Liverpool against Manchester United, at the top of the 19th round of the Premier League, on Sunday evening.

The result helped Manchester United stay at the top of the Premier League table with 37 points, while defending champions Liverpool remained third with 34 points.

But Manchester United’s leadership remains threatened if Leicester City, third in the standings with 35 points, defeat Chelsea next Tuesday night in a postponed match of the 18th round.

It seems that this issue made Pogba feel sorry and regret and apologize to the Manchester United players and the coaching staff, for his recklessness in missing an easy opportunity that was enough to give his team a victory.

Although the 27-year-old played an excellent match against Liverpool, he missed the easiest opportunity of the match when the ball landed inside the penalty area in the 83rd minute, 10 yards of the “Reds” goal, but slipped the ball into the body of Brazilian goalkeeper Alison.

If Pogba had scored this opportunity, he would have extended the advantage in favor of his team, in addition to ending United’s knot at Liverpool Stadium, something related to not getting the victory over him since January 2016 in all competitions .

The price of the Samsung Galaxy A52 specifications in detail