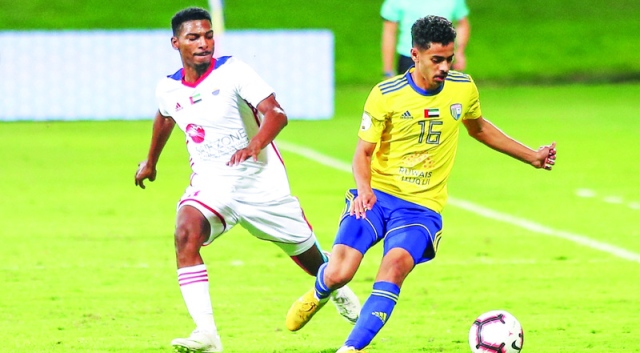 Brothers Suhail "21 years" and Shoaib Harbi "20 years", two brothers in Al Dhafri after a four-year absence, of which the last bilateral Abdul Salam and Abdul Rahim Juma, after the appearance of a son of war together in the basic form of the Sharjah match yesterday Arab Cup defeated Al Dhafra with Brazilian goal Diego.

Two players in the center of the stadium participated at a good level after Dhafra coach saw that they were the most appropriate option for the implementation of the Law on the participation of 3 born in 1997 in the competition and showed a duet with high skill and played a positive, especially Suhail Harbi, who played vigorously and was one of the leading star of the meeting and one of the reasons for the victory. The win of the host is worth winning against his actor this season.

The two brothers, a positive sign that they will be the main pillars of the team in the near future, will form bilateral support for the power of Al-Dhafra in the coming seasons and return the two brothers, who repeated it through several experiments, such as Ali and Halil Al Hamadi, and seized " "I did not hide my admiration for their return to the meeting.

Coach Abdul Aziz Al Anbar, who three times successively last October was named coach of the last month as the best coach of the league, proved more courageous in dealing with the game, giving the opportunity to a group of young people. After being devoted to the participation of three players born in 1997. in accordance with the regulations on competition, but also that it is desirable to be a form and a reserve of youth and elements of the second order by 90%, excluding four foreigners and all the stars of the meeting team in general, to reaffirm that the pride and future of the training Emirati boldness and that But he was not affected by this situation and did not think about points to improve his position or raise his stake with a new win, but decided to take over the future of the club and give his players a chance.

Al-Anbar revealed that he saw the opportunity for young people to gain experience and friction and to challenge them to self-confidence, and also tried to win, in comparison to his confidence in all of his players. "We played for victory, but the opponent had the motivation to win," he said. In victory, the performance of his players is a good team cohesion in all of his lines. 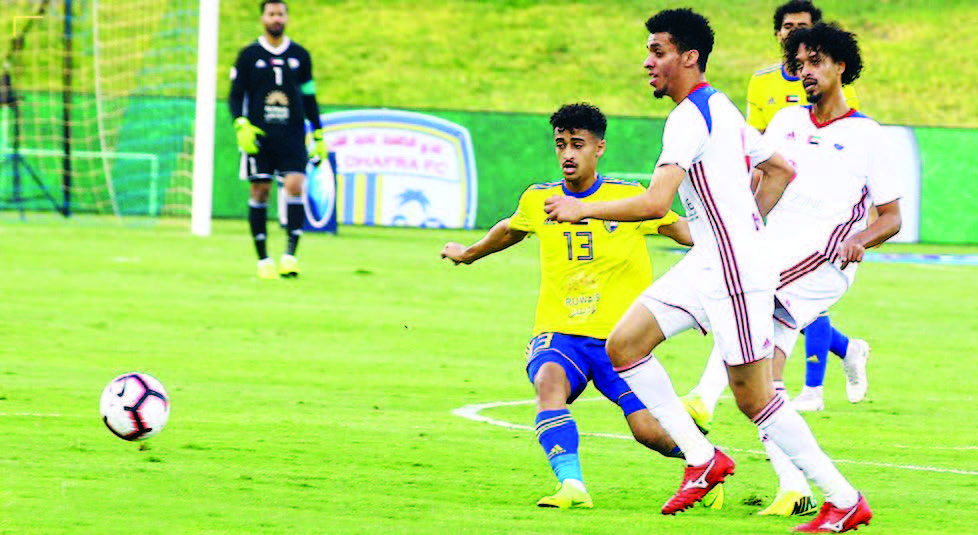 Al-Anbar emphasized that the young man from Sharjah managed to lead many attacks that did not exceed the goals, adding: "Loss does not mean that we did nothing or that the team was bad, on the contrary we played a good game, but there were some mistakes that should be used And that we are dealing with the bad guys and we will work on it.

On the other hand, coach Fauk Razovic from Al Dhafra seriously met with the meeting and pushed the key elements with the participation of the young tricks and justified to seek victory because he was looking for qualifications and progress in the Gulf Cup and confirmed that Razovic was pleased with the result and performance of the player in the game ,: We played in a structured way and we had a lot of attacks and overcome the opponent. I think the result is the result of a good team level in the game.

Razovic boasted the performance of his young players and said he was playing well and represented the future of Al Dhafre.

Coach Fauc Razzovic told Coach Dhafra that the most important contribution of his team to Sharjah is the processing of some elements and he discovered a number of young talents.

"Facing was a good opportunity for young people, especially against a great team and strong opponent, so I see that the advantages were many, except for three points that only take us a step into the qualification and put us in the group.