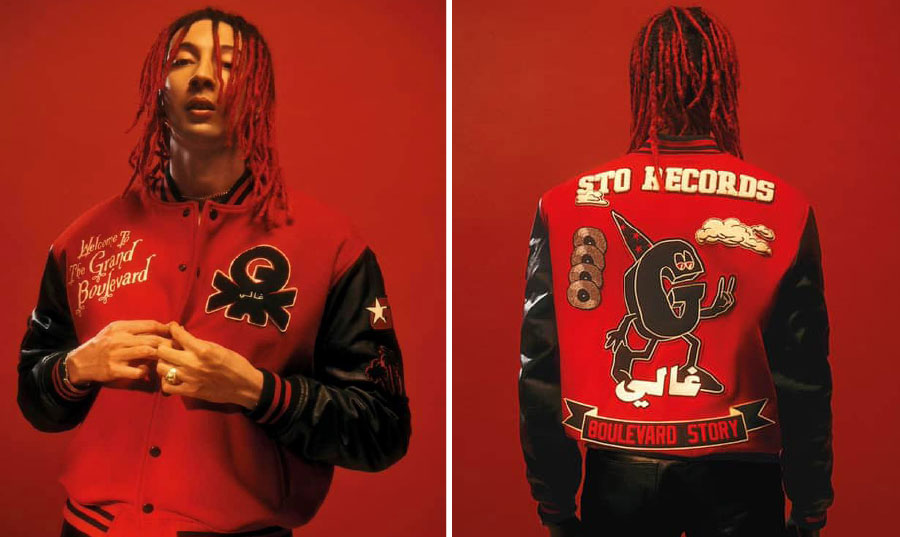 Milan (AFP) – The Italian clothing company “Benetton”, which has experienced a decline in recent years, seeks to revive its presence by announcing in Milan a collaboration with rap star Ghaly Amdouni, to launch a collection limited lesson focused on “multiculturalism”.
This collection of multicolored street clothes bears the signature of the Italian singer, born in Milan of Tunisian parents, was called “United Colors of Galli” (“Colors united by Ghaly”), which recalls an advertising slogan that contributed to the Benetton’s success in the 1980s and highlights the mix of cultures.
Massimo Renon, who was appointed CEO of Benetton in March 2020 on the sidelines of the announcement of the collaboration with the rapper, said the goal is to return the brand “strongly” to the catwalks and international markets ”.
In 2020, the Benetton Group suffered a net loss of $ 329.4 million due to the impact of the Covid-19 pandemic, after having originally suffered in 2019 a negative result of $ 161.8 million.
Founded by four brothers and sisters in 1965 in northeastern Italy, the group was initially known for its soft, multicolored sweaters.
Then, the success of “United Colors of Benetton” expanded to become global between 1982 and 2000 as a result of the shocking advertising campaigns of photographer Oliviero Toscani. But the brand went through more difficult stages.
Even Luciano Benetton, now 86, announced in late 2017 his return to the presidency of the company to seek his advancement again. The company hopes to attract younger customers through its collaboration with Ghali, which has millions of followers on social media and has previously collaborated with luxury fashion house Gucci on a series of short films. “I wanted to create clothes that represented my generation, at a time when music stopped” due to the pandemic, the 28-year-old rapper said during the presentation of his collection.
The range includes embroidered baseball caps, oversized cotton jackets and T-shirts, built-in nylon backpacks, as well as purple, red or black veils.