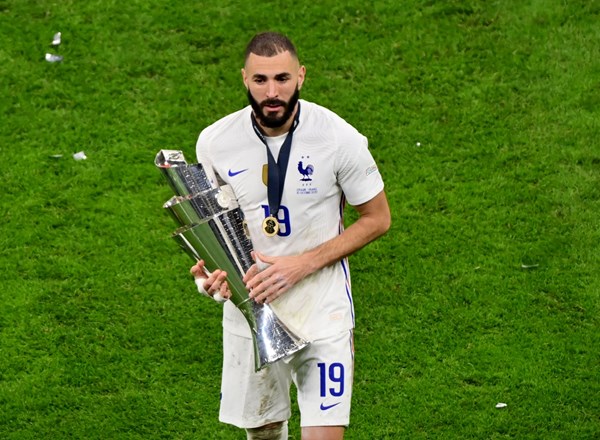 Former Real Madrid French veteran Zinedine Zidane nominated compatriot Karim Benzema to win the Ballon d’Or, which is hosted by France Football magazine each year for the best player in the world, and expressed hope that he would succeed him. after Zizou had achieved it following the victory of France, World Championship of 1998.

Zidane said in an interview with “Telefoot”: “We have a player who deserves to win it. He is an amazing player and I had the honor of coaching him at Real Madrid.”

Zidane added: Karim has all the necessary specifications in an integrated player and can be quickly integrated with others. This is the right time to award him this prize because he lives up to his brilliance and brilliance, either with the Royal Club or with the rooster team.

Zidane added: “It’s an important moment for him and I hope he will be rewarded with the Golden Ball, and if this year he has only won one European Championship, the European League of Nations with France, he has done well all year round with the Royal Club.

It is worth mentioning that the names most frequented by the possibility of reaching the final settlement are: Lionel Messi, Robert Lewandowski and Jorginho.