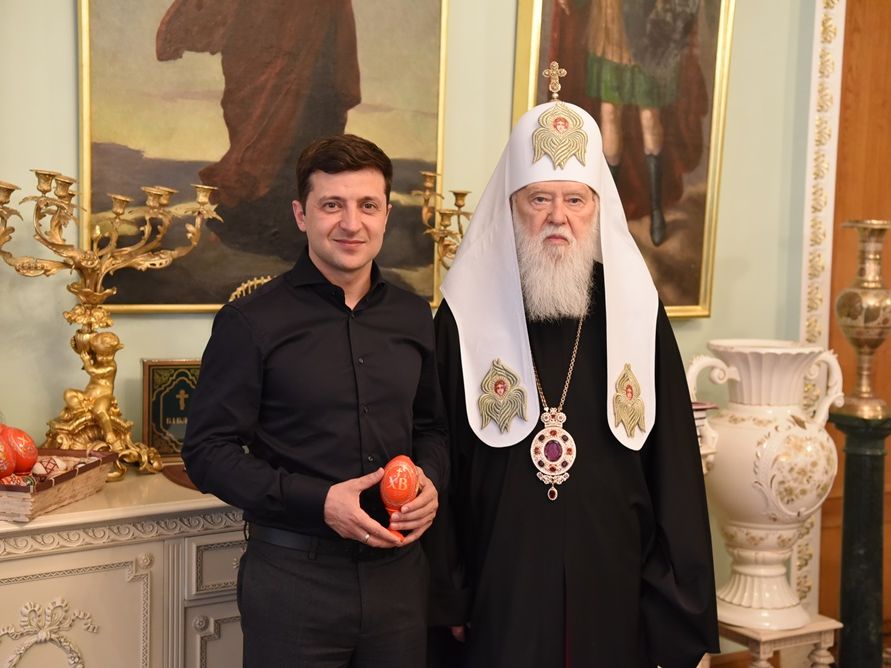 The honorary patriarch Filaret congratulated the recently elected Ukrainian president, Vladimir Zelensky, for his victory in the elections.

On April 30, the newly elected President of Ukraine, Vladimir Zelensky, in addition to the conversation with the head of the Ukrainian Orthodox Church, the Epiphany Metropolitan, also met with the honorary patriarch of the PCU, Filaret.

The senior priest of the Church of the Nativity of Christ, archbishop Nikolai Salabay, participated in the meeting with Zelensky, according to the press service of the PTSU.

Filaret congratulated the Chief of State recently elected for his victory in the elections and urged him to use the power that was granted "to promote good and overcome evil." Zelensky thanked the patriarch for the meeting and the communication. After that, Filaret presented an unforgettable gift to the newly elected president.

On April 21, 2019 the second round of presidential elections was held in Ukraine, with a participation of 61.37%. On April 30, the Ukrainian CEC officially announced the results of the elections, according to them, Vladimir Zelensky won a score of 73.22% of the votes. For the current president of Ukraine, Petro Poroshenko, voted 24.45% of the voters.

President of Parliament, Andriy Paruby, said that after the publication of the results of the elections to the Ukrainian voice, the Verkhovna Rada would decide on its resolution of the opening date.