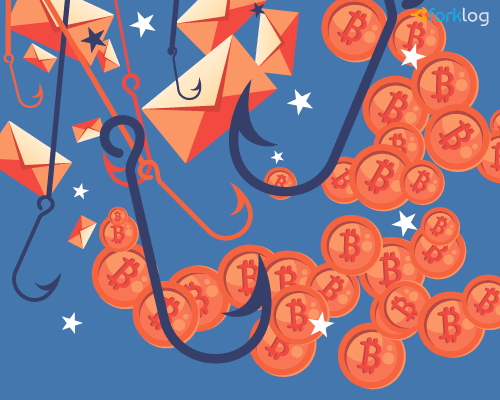 LocalBitcoins, a popular platform for the purchase and sale of bitcoins, confirmed that it had suffered a phishing attack, as a result of which at least six of its users lost their funds. In total, they robbed 7.95205862 BTC of them (about $ 28,000).

A message from LocalBitcoins to Reddit says that at 10:00 UTC on Saturday, January 26, Exchange employees discovered a security vulnerability that caused "an unauthorized source to access multiple accounts and use them to send transactions ".

LocalBitcoins report on the vulnerability of security 26/01/2019 https://t.co/HD3MrbEXbl via @reddit

LocalBitcoins' representatives said they could identify the problem and stop the attack. It is assumed that it was associated with the function provided by a third-party software, so a phishing link was published in the platform forum.

As explained by one of Reddit's users, when he visits the LocalBitcoins forum, he was redirected to a fishing page, where he was asked to re-enter your login information, including 2FA code . As a result, hackers could empty even protected accounts.

The panelists also identified the address to which stolen funds arrived. As the lock chain data is displayed, a total of five transfers were made, after that, the funds of this address were removed.

You have not yet received additional comments from LocalBitcoins, but the ability to post new posts to the forum is still off for security reasons.

Recall that by the end of 2018, users often complained about the problems in the work of the LocalBitcoins website, which at one time even forced the company to seek maintenance.

Subscribe to the news of ForkLog in Telegram: ForkLog Live: all the news, ForkLog, the most important news and the surveys.

Have you encountered an error in the text? Select it and press CTRL + ENTER